Jaguar introduced the Sport model with the X300 to increase its appeal to younger buyers but with the later X308, the Sport was initially short-lived. Here’s why.

The Sport of kings

When the new XJ ‘X300’ models appeared in 1995, there was a lot of talk about how the new model was tailored to appeal to a new generation of Jaguar buyer: someone who was younger, more dynamic and more upwardly mobile than the model’s traditionally conservative and older customers. 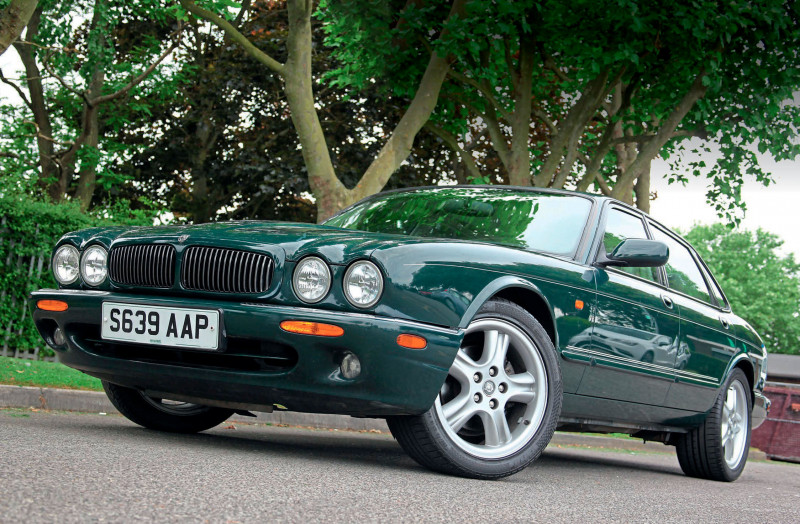 To appeal to the new demographic, the X300 was offered in an all-new ‘Sport’ trim, just £1000 more expensive than the entry-level XJ 3.2, but equipped with the sports suspension from the XJR and a range of Sport-only colour schemes, along with a darker and less traditional cabin. 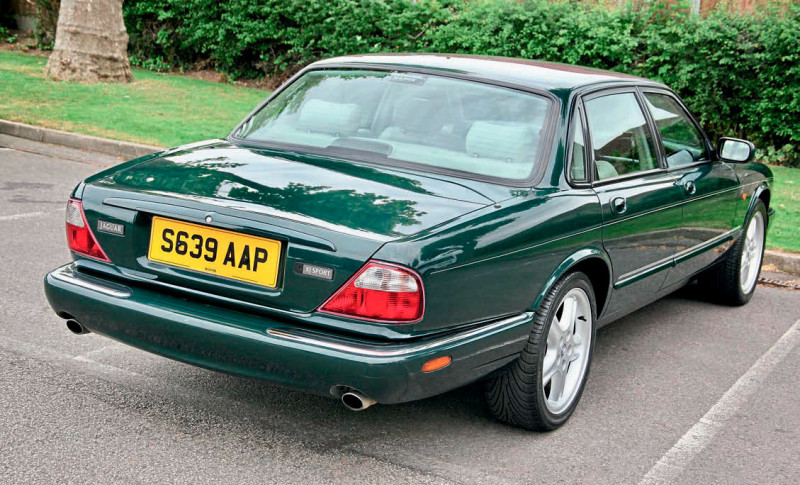 It quickly became one of the best-selling models in the range, accounting for just under one-in-eight sales. It was stylish, reasonably well-equipped and brought Jaguar ownership into the reach of both fleet and private customers who may never previously have considered it.

So, when the X300 was replaced by the X308 in 1997, it made every bit of sense for the Sport model to continue. This time however, Jaguar had a newcomer waiting in the wings in the form of the soon-to-be-revealed S-TYPE, which would also introduce a new V6 engine and pricing more aligned with the smaller mid-size executive class dominated by the BMW 5-Series.

As a result, the range was rationalised, although the Sport remained and was available only with the entry-level 3.2-litre V8 engine and not the 4.0-litre.

Nevertheless, it was a core part of the model range for the first 18 months that it was on sale. Unlike its predecessor, however, sales were much slower as Jaguar had instructed its dealers not to discount the model heavily, as it had younger buyers and particularly fleet customers very much in its sights with the upcoming new model. The S-TYPE made its debut at the 1998 British Motor Show and the first examples were delivered to customers in early 1999. Although its styling was very much influenced by heritage cues, the original target market for the S-TYPE was buyers under the age of 50. A target that it never really achieved, as instead the S-TYPE appealed to a lot of more mature XJ customers who were happy to downsize as they got older. 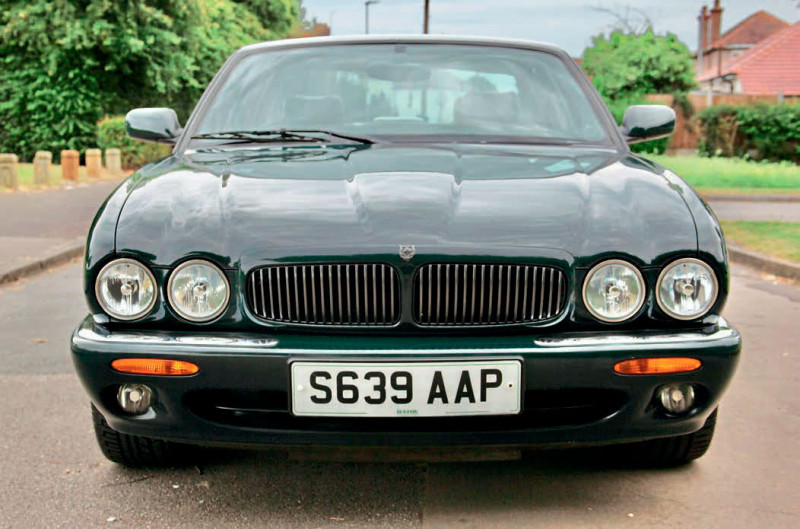 Later on in 1999, for the 2000 model year, Jaguar revised the XJ model range with a view to shifting it further upmarket and creating more of a gap between it and the new S-TYPE.

In its press kit for the 2000 model year XJ, Jaguar said “The new, rationalised XJ range retains the entry level XJ 3.2 but the 3.2 Sport has been discontinued as Jaguar now has an all-new car that is more in keeping with the needs and demands of the people who would previously have bought it.” An interesting perspective and one that, in the fullness of time, didn’t fully ring true. Indeed, as the X308 reached the end of its life, the Sport model was reintroduced for the 2002 model year, albeit slightly different from the model that was introduced in 1997, with a more luxurious cabin and different alloy wheels, although the fundamental basics were the same — XJR suspension, sharper steering and darker wood trim, as well as sports seats. in total, just 1,108 Sports were sold from a total X308 production run of 126,250 – a far cry from the 9,699 X300 Sports that were sold between 1995 and 1997. And that figure includes both versions, the 1997 launch model and the 2002 model year reintroduction. 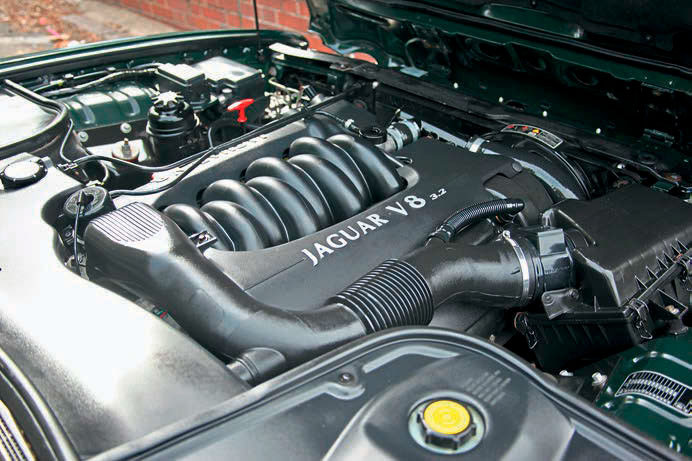 Yet in the eyes of many, the XJ Sport is actually one of the most desirable models in the X308 line up. Cheaper to run and maintain than an XJR, far cheaper to insure, yet blessed with the same sharpness in its steering and beautifully composed ride quality that have been the bywords of large Jaguar saloons since the 1950s.

Plus, to the uninitiated, the differences between the two are fairly difficult to distinguish. The Sport was offered in a range of colours which were only offered on it and the XJR, such as the solid Emerald Green on the car in our photos. Other colours included solid black and Kingfisher Blue, which was a darker and less exuberant version of the Turquoise seen on X300 models.

It was also offered in some more traditional Jaguar hues such as Carnival Red and Sapphire Blue, along with the ever popular British Racing Green. 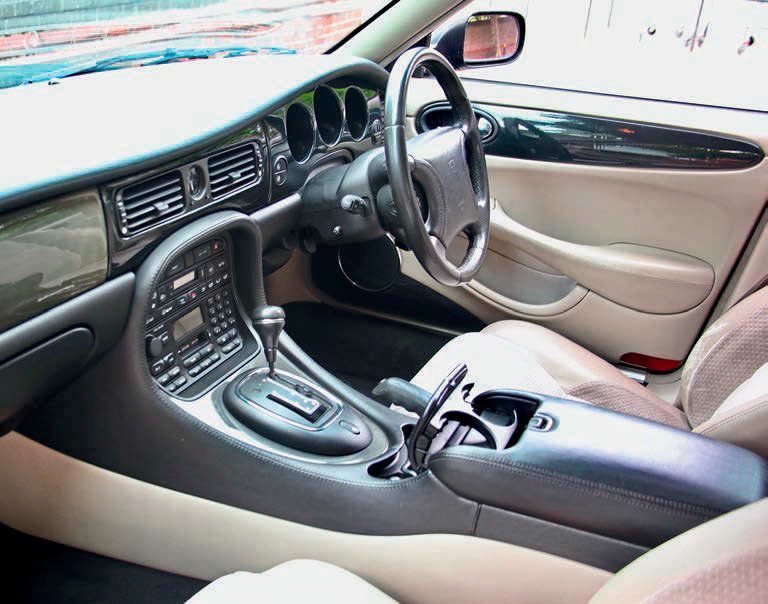 Inside, the dash was fronted with a Dark Ash veneer, and although some owners specified brighter or lighter colour schemes the standard finish for the carpets, door cards and dash rails were a sporty black vinyl finish, with a matching black steering wheel and no wood-rimmed option The seats, meanwhile, were thickly bolstered sports items with chunky bolsters and side supports, exactly the same as those fitted to the XJR other than that the middle panels of the seats were finished in velour rather than leather. That said, full leather was a popular upgrade from the options list and as a result it’s estimated that around half of X308 Sports were supplied with full leather and therefore looked identical to XJR inside.

It’s also a terrific car to drive. In fairness, all XJs are, and the Sport is actually a real sweet spot in the model line-up. Its 240bhp 3.2-litre powerplant is quite a way behind the 400bhp offered by the XJR, but it’s not slow. It’s just not quick. So, while heavier-footed drivers may find it wanting, for many its ability to travel along with the grace, space and pace that have always defined the Jaguar XJ line-up was – and still is — more than enough.

Driving one today makes you really appreciate the fine balance of that sports suspension and the slightly sharper steering input. It feels firmer and more direct than a Sovereign, yet still retains the glorious and unrivalled ride comfort of the X300/X308 saloon cars which in the 1990s was considered the best in the world. A quarter of a century on, it’s probably still yet to be bettered.

Sure, the XJR has greater appeal as it’s a genuine muscle car and a proper super-saloon, but the XJ Sport is way, way more than a poor relation. It’s a fine-handling performance car in its own right and the most disappointing thing for UK buyers is that it wasn’t offered with the 270bhp 4.0-litre V8 fitted to XJ8 Sports in the USA. Nevertheless, it remains a real sweet spot in the Jaguar XJ saloon car’s history and is one that really did deserve to do better. Perhaps Jaguar should have continued marketing it alongside the S-TYPE and allowed customers to choose which £30,000 model was their preferred Jaguar?

Darker wood and plastics made the Sport similar to the XJR inside. Part-leather sports seats came as standard.