Said George Bernard Shaw once, “The test of a man or woman’s breeding is how they behave in a quarrel.” The test of an XJ-S’s breeding is how it behaves on the road and after driving this 1990 model it’s clearly a thoroughbred. Not only is it a rare 6-litre example of the XJR-S but it was also recommissioned by marque experts, KWE, which included giving the car its famed suspension upgrade package. If any further proof of its breeding was needed, it’s currently owned by KWE’s Chris Knowles. 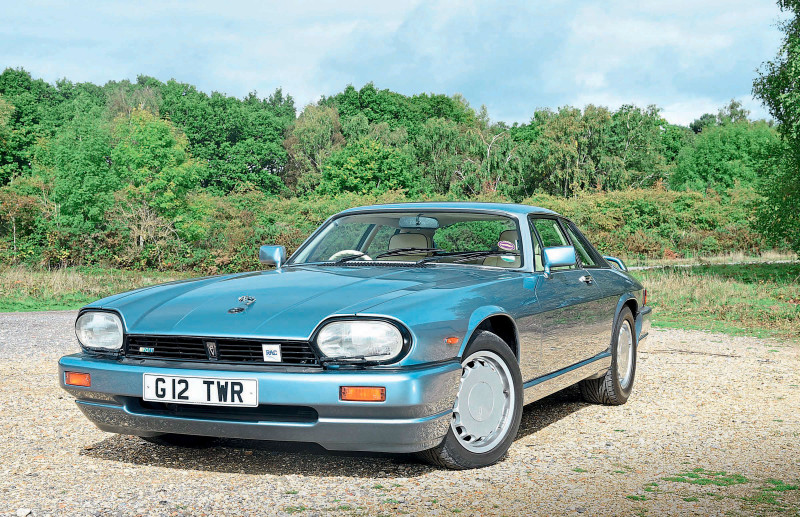 “Someone has taken a lot of time looking after that car which is nice,” he tells me. “I’ve driven 300 or 400 XJ-Ss over the years but can honestly say it’s the nicest handling example I’ve driven and not just because of the work we’ve done. It’s not perfect cosmetically, for example, but it’s still a lovely car.” 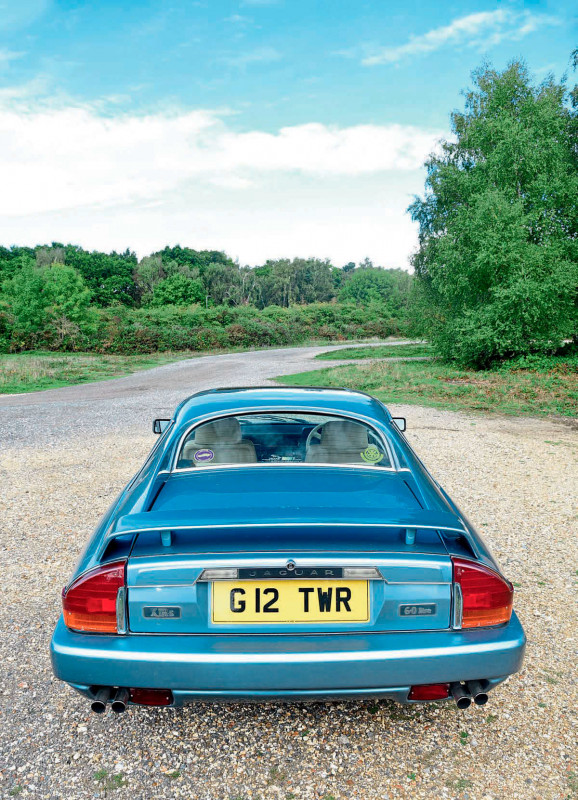 The XJR-S model was originally introduced in 1988 to celebrate Jaguar’s recent successes in the World Sports Car Championship. Based on the upgrades developed for the XJ-S by the team behind those successes, Tom Walkinshaw Racing, the R-S featured a body kit designed by Peter Stevens (of later McLaren F1 fame), handsome 15in Speedline alloys plus stiffer springs, Bilstein dampers, a thicker anti-roll bar and a change to the steering geometry. Only ever built to order, unfinished XJ-S coupes (the R-S was never available as a convertible in the UK) were transported from Browns Lane to Kidlington in Oxfordshire where they were transformed into the XJR-S by JaguarSport, a new company that was owned 50/50 by the two companies involved. 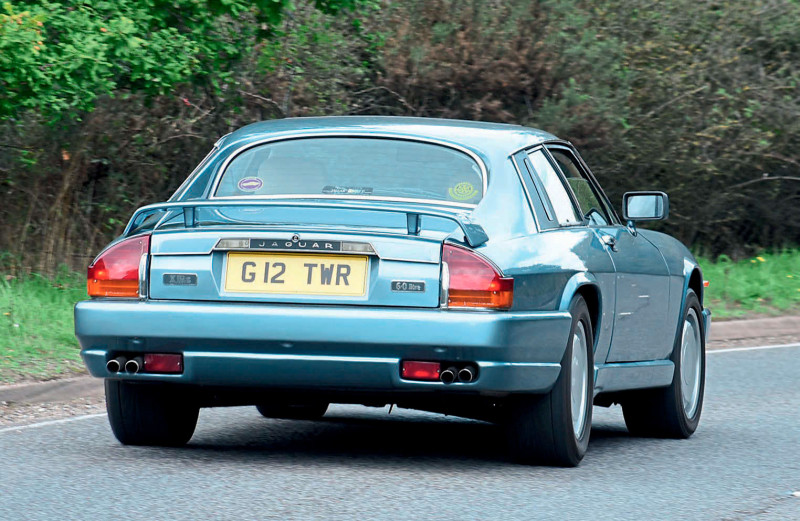 Although no changes were made to the 5.3 V12, the car was still noticeably different. As Fast Lane magazine said in its June 1990 issue, “Even with a standard engine, the XJR-S felt a little quicker simply because it gave more traction and was less turbulent on uneven roads.” 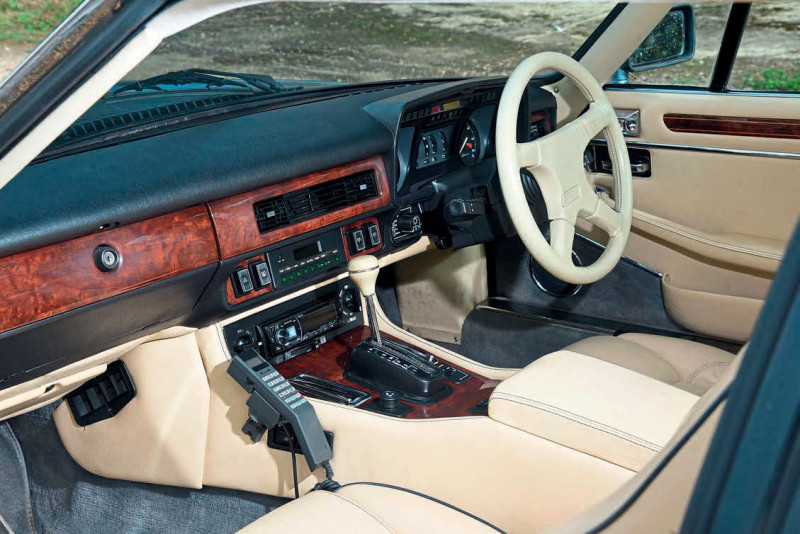 In August 1989 TWR’s 6.0-litre version of Jaguar’s V12 (that from the outset had always been an expensive option) became the standard engine which with 318bhp compared to 295 of the standard car resulted in what for many remains the ultimate XJ-S. But at £45,500, it was 11 grand more than the 5.3 which explains why a little over 500 were made before production stopped in 1993 making them highly sort after today.

This example was registered in January 1990 and, until Chris bought it in 2020, was a two-owner car that in his words, “All looked very original.” He’d originally become involved with it in 2016 when the then owner asked KWE to start recommissioning the car.

“His brief was tomake it the best XJR-S in the world,” Chris tells me. “And over a period of four years, we worked on that request.” To begin with, the 6.0-litre received what KWE calls an “intensive engine service” which involves removing the V12 and replacing all the auxiliaries. The car had some minor rust issues underneath but Chris confirms these were soon dealt with.

KWE also fitted an exhaust with twin tailpipes made by AJ6 Engineering based in Cheshire. “The exit for the pipes in the XJR-S bodykit is rather small,” explains Chris. “A lot of owners add twin pipes coming off a single exhaust but this is a full twin exhaust all the way from the manifold.” 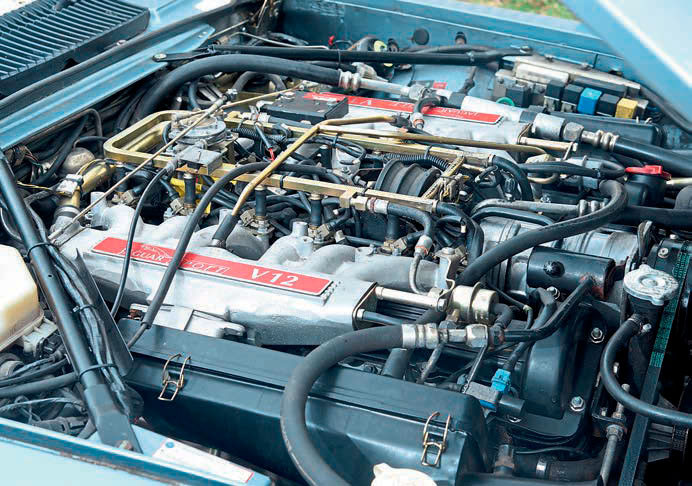 The car then received the company’s famed suspension upgrade that includes totally dismantling the system down to the last bolt and then taking it all back to bare metal before powder coating. The reason why KWE’s suspension work has become so renowned is due to Chris’s unique mix of standard rubber and polyurethane bushes. “If you use polyurethane everywhere,” he explains, “it results in a much harder and less compliant suspension. It’s not a good material in torsional shear since it doesn’t want to rotate. Whereas rubber – or the material Jaguar used – is much better for that.”

KWE also has new springs and dampers made to its own design by Springcoil and Avo respectively. “In 2002 we wanted to produce an XJ-S that was much more stable and tauter in corners but without losing the ride. We originally started with the springs and dampers to achieve that before turning to the bushing,” he explains.

Although Chris admits none of this is rocket science, when he and his then business partner Paul Wilkins started KWE two decades ago it was probably the only specialist in the world to concentrate on the XJ-S and XJ Series 3. Considering neither car was considered as collectable or as valuable as they are today, it was a brave decision. Explains Chris: “There are three reasons why we chose the XJ-S. Firstly, I really liked them and I still do; I just love the smooth handling. “Secondly, having previously been in the electronics industry, I knew when starting a business you don’t want competitors. And just as there are now, there were already so many people specialising in E-types, so why have another one? 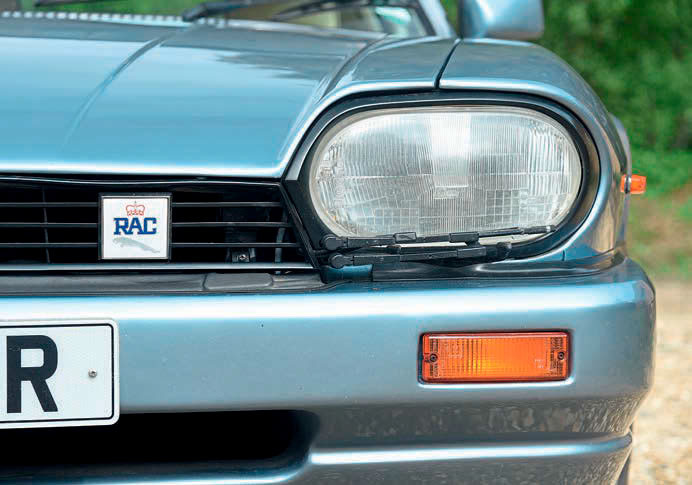 “And finally, our original plan which was to create a third market; not brand new cars and but not second-hand cars either but something in between, something with character but still having good performance and brakes. Although commonplace now, that was a relatively unusual view then.” He freely admits the first few months were tough with only a handful of customers. But due to investing in a website during the early years of the internet plus television presenter and car journalist James May driving Chris’s own XJ-S for a 2004 episode of Top Gear, enthusiasts soon began to learn of KWE and its abilities. As May said in his TV piece, “It feels like no other XJ-S I’ve ever driven; this one feels fantastic!”

Although the company has subsequently moved into full restorations which often includes bespoke interiors, getting an XJ-S to drive correctly remains at the heart of what KWE does: cars like this XJR-S in fact. When all the mechanical work was finished it was time to look at the paint but it was this point in the project when the owner decided to sell. Despite already owning 16 XJ-Ss, due to its condition and how well it drove, Chris added it to his own collection.

“I’m not huge on originality and although I’m sure the serial numbers match, I don’t care. I bought it simply because it’s the very best example and nicest car to drive. So nice, in fact, I don’t drive it!”

It’s for this reason plus needing to slim down his collection that Chris has reluctantly decided to part with the car. When I see the handsome Arctic Blue coupe parked outside KWE’s workshop, I immediately understand what drove him to buy it. Big, bold and imposing, despite Chris saying the paint isn’t great in places, in my eyes it’s a perfect example of the XJR-S 6.0.

Although JaguarSport didn’t touch the steel panels, it’s amazing how the plastic bodykit changes the XJ-S’s character, making it appear much more aggressive. These additions aren’t just for show, either, since JaguarSport reckoned the bodykit reduced drag and lift by around ten percent.

As Chris said at the start, this car has been clearly cared for and nowhere is that more obvious than the interior with the cream leather and walnut veneer looking clean and unmarked.

Another sign of this car’s originality is the period Mobira car phone still attached to the left-hand side of the centre console. “We often see cars with holes in the same place where these old phones were fitted,” Chris tells me, “but since they’re now largely unusable, we rarely see still them in place.” With him kindly offering me a drive, I turn the key, listen to the big V12 slowly churn into life before slotting the lever down into Drive and head into the beautiful Berkshire countryside that surrounds KWE’s workshop. 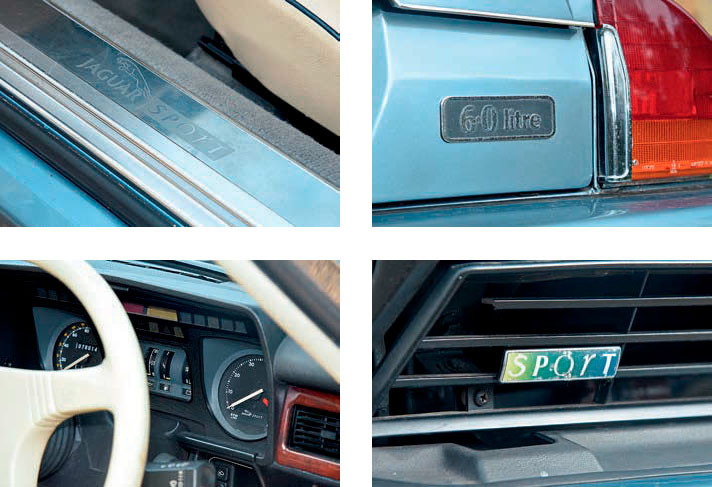 Although the throttle pedal needs a proper shove for the three-speed box to kick down, the resultant acceleration is harder, more so than that of a standard 5.3-litre. JaguarSport reckoned it would reach 60mph in just 6.5 seconds whichwas fast for the early Nineties, but judging by this example, I think that’s correct. Free revving and eager, once the speed has built up, it’s easy to keep it there and I can imagine it’s a terrific motorway cruiser.

TWR’s 6.0-litre was always slightly less refined than Jaguar’s own V12 and although the surprisingly deep growl is never obtrusive you’re still always aware it’s there. As well as the suspension, KWE fits polyurethane bushes to the rack for extra firmness. As I sweep through a series of long, fast corners, the steering feels pinpoint accurate, lacking the vagueness that can often plague these cars, allowing me to attack the bends with gusto.

Yet it’s the ride that impresses the most; although still having the pliancy the model is famed for, there’s also less body roll than a standard model, always remaining composed even when I push hard.

No matter the variant of XJ-S, the car will always be too big and too heavy to be considered as a genuine sports car. Yet the combination of TWR’s responsive 6.0-litre V12 plus KWE’s improvements to the handling mean this R-S gets close as any I’ve driven. Yet it still retains all the suppleness you’d want and expect from a Jaguar of this age.

Add the car’s originality and it makes Chris’s XJR-S a genuine thoroughbred example of this always remarkable model.

Thanks to: Chris Knowles at KWE (kwecars.com). Anyone interested in the car can contact him on 01635 30030 or info@kwecars.com