This car is the result of a rather different interpretation of what is usually called Italo-American. The Fibrocar might easily be mistaken for a Chevrolet Corvette C1, but few people would guess that the bodywork hides the mechanicals of an Alfa Romeo 1900 Super. 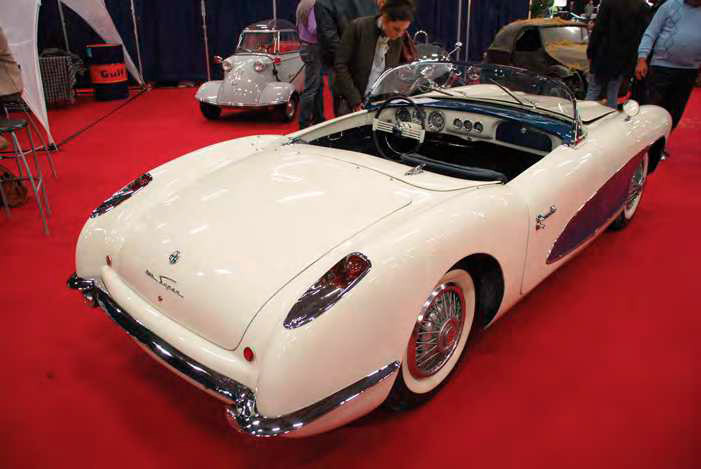 Its story starts in Belgium in the 1950s, where brothers Wim and Tom Sol owned Garage Roodebeek in the Brussels area. Both brothers raced (Tom would even go on to campaign an Alfa Romeo TZ in hillclimbs in the 1960s) and their reputation was particularly strong as specialists in maintaining and repairing Corvettes, serving customers from Belgium and France as well as American soldiers stationed in Germany. Their expertise was so valued that General Motors signed a cooperation agreement with them for repairing Corvettes whose bodywork had been damaged.

The Sol brothers also wanted to build their own glassfibre-bodied car. Initially they created two such cars, one using a Renault Frégate as a donor car, the other built on a Porsche platform. Their third and final effort was the Fibrocar 1900 Super, as featured here, which was presented in 1959.

It used an Alfa Romeo 1900 S chassis (number 13857), strengthened with a custom-built tubular frame over which a Corvette-style two-seater convertible body was grafted (plus removable hardtop).

The Corvette-like look belied the fact that it was quite a lot smaller than the original ’Vette. In fact, the only original Corvette parts used were the taillights. The engine and dashboard instruments were taken from the Alfa Romeo 1900 S, while the windscreen was a rear screen from an Opel, probably a Kapitan. A close look at the car immediately reveals the very high standard of build quality and overall finish.

This car may well be the sole survivor of a series of five cars that the Sol brother built in total. It was the subject of a ground-up restoration in 2012, after which it appeared at the Spettacolo Sportivo Alfa Romeo event at Zandvoort in the Netherlands. It has received a new detachable hardtop, a tonneau cover with Alfa Romeo lettering and twin Weber carbs fitted in place of the original single carb. 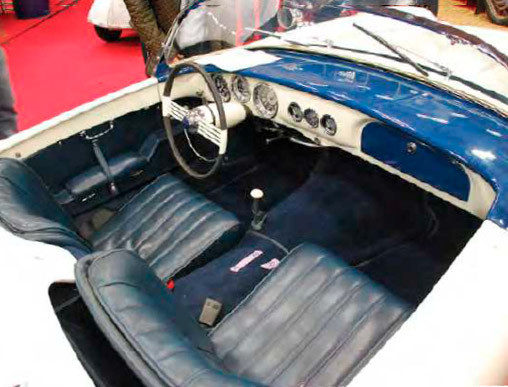 Wim Sol went on to import Devin glassfibre car shells from the USA, as well as making such glassfibre items as swimming pools and bathrooms. Wim passed away some time ago, his brother Tom surviving him.