Cute and cuddly, the Goggomobil Dart is one of the rarest of roadsters. Looks like it could have been, should have been, a prototype character for a Pixar movie about lightweight sportscars roaming the great Outback.

For this was an Australian-designed car, part of a small family of antipodean Goggomobils built through the late 1950s and into the 1960s in an auto venture by wily Sydney car dealer Bill Buckle who’d quit his engineering apprenticeship and taken over his late father’s Buckle Motors in 1947, selling the likes of Borgwards, Citroens and Triumphs. 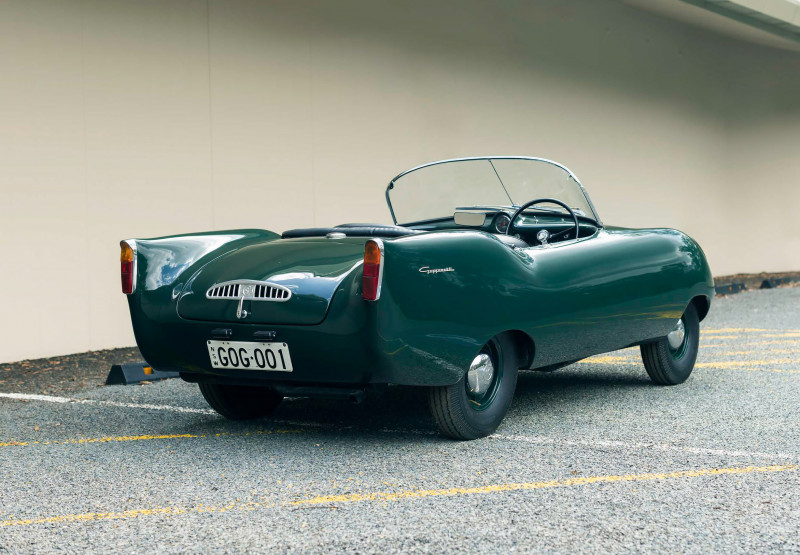 On a European sojourn in the early 1950s when and where he became friends with Stirling Moss and Mike Hawthorn Bill’s eye was taken by the AC Ace on display at the 1952 Earls Court Motor Show. He was struck by both the design and the use of fibreglass for the AC’s body. 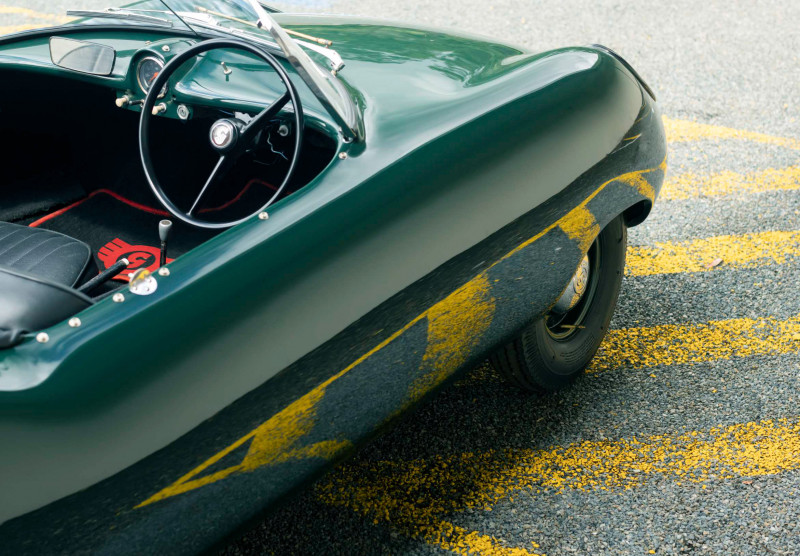 By 1955 Bill had built a handsome Buckle Coupe for road and track, running a 2.5 litre, six-cylinder Ford Zephyr motor bored out to 2.7 litres with a three-speed transmission and Laycock overdrive.

But that fibreglass-bodied car wasn’t a commercial success and the production run was limited to 20 coupes. “But not much could stay with it in those days. It ate Healeys and TR2s for breakfast…. XK 120s too. C-Type Jaguars were a bit harder,” Bill recalled. 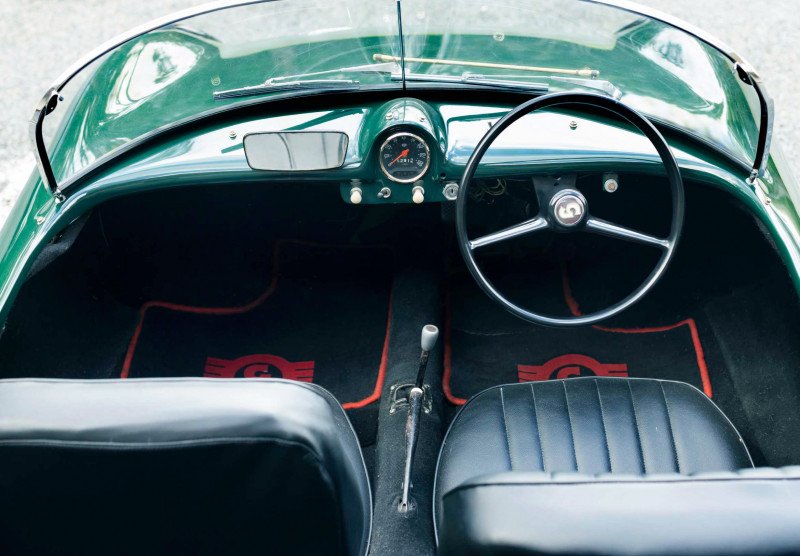 Into the late 1950s and Bill realised he needed a small, cheap car to balance out the more expensive franchises on his city showroom floor. So he took off to Bavaria to meet Hans Glas and convince him that he could copy the German Goggomobil’s steel bodies in fibreglass back in Australia if Hans supplied the microcar’s mechanicals. And a deal was struck.

The Goggomobil sedans and coupes were an answer to the likes of the Iso Isetta and Fiat 500 and the austere times of post- WWII Europe. Bill bought a Goggo sedan and drove through Germany in the middle of winter. “Which was pretty exciting. Such little wheels, if you tried to pass a truck you couldn’t get out of the tracks in the snow. Still, pretty amazing little cars.” 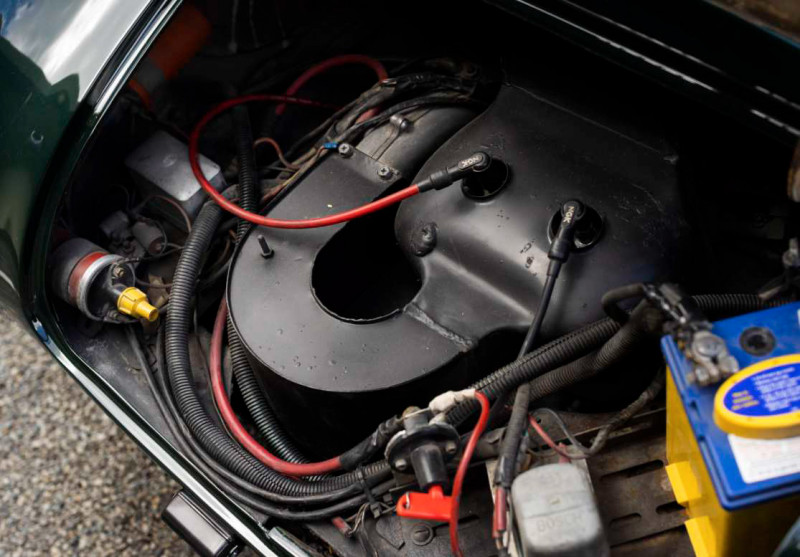 With Australian government rules and regs and tariffs encouraging local car manufacturing and local assembly, the Goggomobil-Buckle venture was a viable proposition and more than 3000 Goggomobils were built Down Under on the imported chassis. Among the German-designed sedan and coupe bodies, Bill added a mini van, the Carry-All, and the famed Dart roadster; inspired, in part, by his Buckle Coupe and a love of sporting machinery.

The Goggomobil Dart was all but forgotten by mainstream motorists until a 1990s television advertisement for the Yellow Pages telephone directory. Actor Tommy Dysart is chasing up a spare part and on the phone spelling out ‘G.o.g.g.o’ when he says ‘No, no, not the Dart’ and turns to his partner in an aside: “They all think it’s the Dart.” 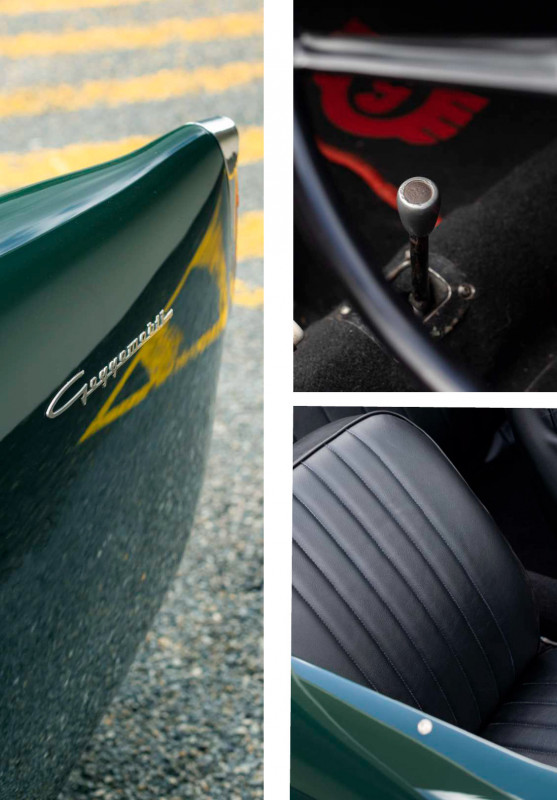 That was followed by Dysart now alongside a Dart roadster starring in a second television ad, this time for Shannons, an Australian company specialising in insurance cover for classic cars. “She’s got a whopping great two-stroke engine under that gorgeous aerodynamic body.” That dark green Dart went on to become a wheeled mascot for Shannons Insurance.

Originally some 700 of these Australian-designed Darts were produced between 1959 and 1961. The rear-engined, two-seat roadsters weighed in around 380kg (840lb) in street trim. The two-piece fibreglass Dart body was just over three metres long on an 1800mm (6’) Goggomobil wheelbase and 10-inch wheels; most ran with no doors, a spartan interior, instrumentation limited to a speedometer with room for some luggage in the nose.

Out back was a two-stroke, straight twin powerplant, producing 11kW (14hp) for the 300cc and 14kW (18hp) for the 400cc version: “1 PINT OF OIL TO 2 ½ GALS OF FUEL” often writ large on the underside of the air-cooled engine’s lid. Both motors were linked to a four-speed transmission and some brave souls suggest the Dart could hit 100km/h (62mph). 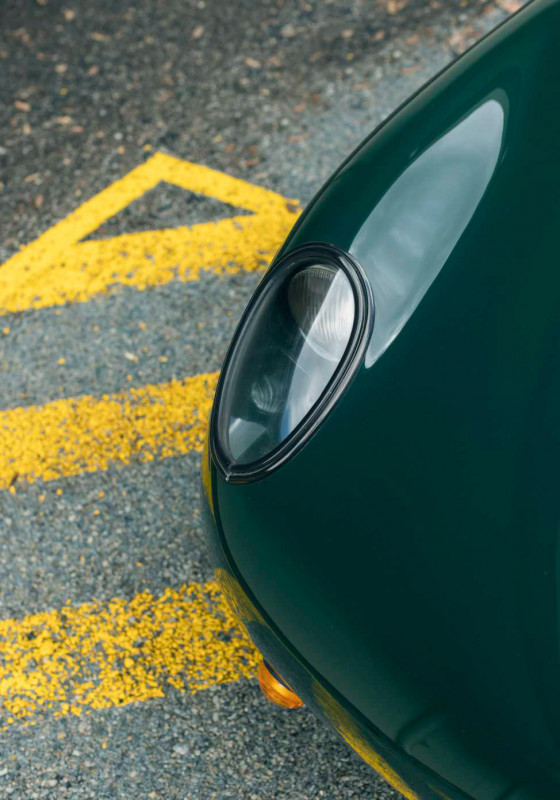 The arrival of the Mini Minor in Australia in 1961 took the shine off Bill Buckle’s Goggomobil business, production stopped and he turned to converting American imports to right-hand drive before moving on to becoming one of Australia’s first Toyota dealers from 1964.

Back in the day a new Goggomobil Dart sold for close on US $1000. It’s understood perhaps as few as 100 Darts have survived, some of those scattered around the world in microcar collections, with a good example worth US $35,000; more for a concours car. 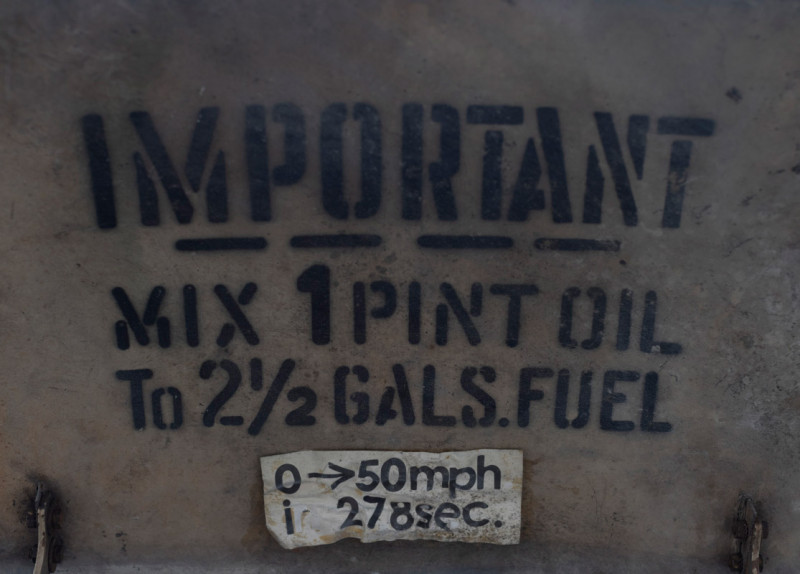 Those smitten by the Goggomobil microcars, Darts and all, these days call Bill Buckle the Goggfather. “Nutters,” laughed a proud Bill. “I said if you’re going to call me that you’re all Goggo-nutters.”