Ercole Spada’s strikingly styled Lancia Flavia SS Zagato coupe was all set to become a regular Lancia production model. It’s tragic that such a missed opportunity was also such a timeless design classic. 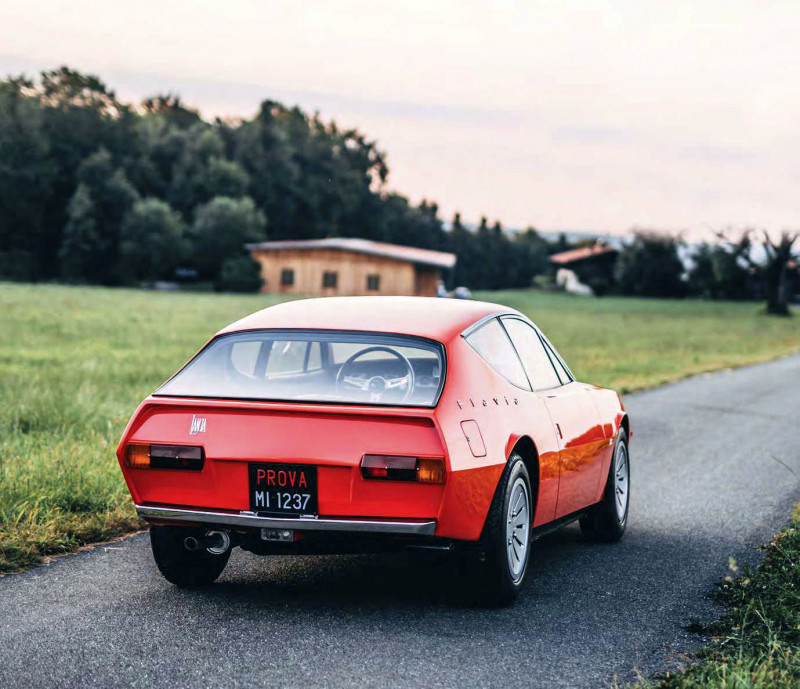 When Lancia launched its Flavia saloon at the Turin Show in 1960, Pininfarina and Vignale quickly jumped on the new model to create coupe and convertible variants respectively. They weren’t the only ones: easily the most unusual of all was Zagato’s effort on the same platform. In 1962, Zagato’s design wunderkind, Ercole Spada – then just 25 years old – concocted one of the world’s wackiest production car shapes with the Flavia Sport Zagato. Its utterly bonkers mix of creased grilles, staggered quad headlamps and panoramic glasshouse with bizarre side windows that curved up into the roof, all made it look like something from a sci-fi film set. 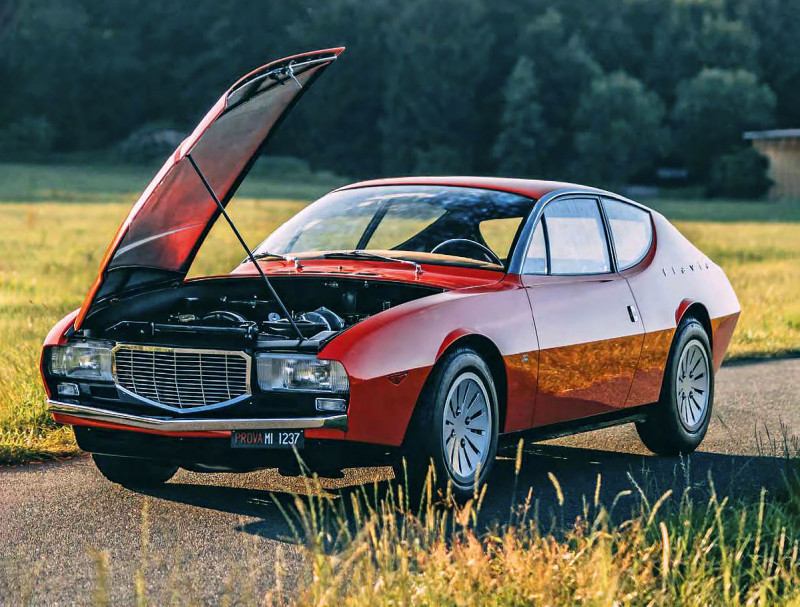 Production of Zagato’s boldly idiosyncratic coupe staggered on until 1967, but plans were already afoot before its demise for a new model to replace it – a much sportier version of the Flavia using a shorter wheelbase than the outgoing car (2400mm versus 2480mm). This was the Flavia Super Sport Zagato you see on these pages, and once again it was designed by Ercole Spada. This was a smaller car than the outgoing Sport Zagato in every dimension. Overall length was 4100mm, versus 4460mm for the old Sport (and way shorter than the Flavia saloon itself, which was 4580mm). At 1560mm wide, it was also 50mm narrower than the Flavia saloon, even though it kept the same wheel track dimensions. By reclining the seats inside, it was possible to keep overall height down to just 1250mm, some 250mm less than the saloon and 90mm than the old Zagato Sport, without affecting headroom too much.

Designer Ercole Spada sketched out his first ideas as early as December 1966, with the real thing being developed over the next 11 months, ready for a debut at the November 1967 Turin Show. Spada said of it in a subsequent interview: “The Flavia Super Sport looked as if the wind had created a new shape, one that hadn’t been seen before.” It had a great simplicity of line, so crisp that even today it seems to exude an almost timeless quality. Yet it also harked back to the past in some regards, strongly picking up on some of the themes of the previous Sport Zagato, such as the upward-rising rear quarter window line and notched tail. The overhangs front and rear were kept short, which was some achievement considering how far forward the Flavia’s engine was sited, while the flat-four motor’s height was also disguised well by careful shaping of the nose.

Spada’s design was notable for its almost complete absence of brightwork. There was a slender silver line arcing from the base of the windscreen over the glasshouse to the rear. The thin metal bumpers were also unusual in being ultra-simple and having no wraparound. The prominent Lancia grille was not perhaps the prettiest element of the car, but the badging on the rear flanks was certainly very striking, with a tasteful array of letters spelling ‘Flavia’. Pretty teardrop-shaped side flashers were also fitted to the front wings.

The turbine-like alloy wheels deserve special mention. Even concept cars in the 1960s tended to use off-the-shelf wheels but Ercole Spada decided to do something very advanced: design his own wheel, unique to this car. Equally radical (at the time, at least) was the idea of a smooth profile to improve aerodynamic flow over the wheels.

Speaking of which, aerodynamics were crucial to the project. Ercole Spada and Elio Zagato ventured out on the car to perform tests in their very own ‘wind tunnel’ – also known as the autostrada from Milan to Bergamo! They affixed bits of wool to the car and got another car to follow them, taking photographs from all angles. The results were then carefully analysed to establish patterns of turbulence, resulting in some alterations to the tail and nose. Ercole and Elio also took the prototype to Monza circuit for more trials, running the car counter-clockwise around the track to squeeze out a little extra speed (since the main straight has a slight downhill incline in reverse). One of the results of this test was to insert some slots atop the front scuttle to keep engine bay temperatures down.

Using entirely standard Flavia 1.8-litre mechanicals, the new design was so slippery that it was good for a top speed of 124mph, as well as offering improved refinement. The short wheelbase and the Flavia’s front-wheel drive layout reportedly ensured excellent handling, no doubt aided by a brace between the boxed-in rear wheelarches, which boosted torsional rigidity.

The cabin was unique to this car but cleverly used a standard Flavia control panel and instruments. Both of these were recessed in padded nacelles to eliminate reflections and enhance safety. The rear-view mirror was, curiously, mounted below the dashboard top rail (another safety feature). The seats were heavily bolstered to provide support during cornering, and while their backrests were fixed, adjustment was possible by pivoting the whole seat. As with the previous Flavia Sport Zagato, the rear window – which was distinctively concave in shape – could be opened a fraction to improve cabin ventilation.

It was fully intended that the new Flavia Super Sport Zagato should reach production as a regular Lancia model. The aim was to price it below 3 million lire, quite a bit more than the regular Flavia Coupe (2.4 million at the time) but still within reach of a good clientele. Changes for production would likely have included more conventional wheels, reshaped openings in the nose, a larger fuel tank and a spare wheel mounted under the boot floor.

However, ultimately just two prototypes of the Flavia Super Sport Zagato were ever made because the new car arrived at just the wrong time. As soon as Fiat acquired Lancia in 1969, it axed the entire project immediately. What a missed opportunity! The first prototype – the red car you see pictured here – was fitted with a 1.8-litre engine, while the second prototype, built at the specific request of Lancia’s management, was fitted with a larger 2.0-litre engine. This second, beige-painted prototype currently resides in the Corrado Lopresto collection and is a multiple award winner in concours events, including a prestigious award for avantgarde design at the Garda Classic Car Show that was handed to Lopresto by Ercole Spada himself.

The red car, meanwhile, was retained by Elio Zagato as his own personal daily driver. He drove it regularly for five years before selling it to a Swiss enthusiast, who then sold it on in 1998 to its current German owner, only the third in its history. But you could be the fourth because it’s currently for sale via Christophe Schmidt of www.weekendheroes.com. It’s reportedly in superb condition, having had a no-expense-spared body and mechanical restoration, while the original interior is described as “almost perfectly preserved”. If only the public had had a chance to buy a production version back in 1969…

Flavia dials and controls were cleverly integrated into a recessed ‘safety’ dash, along with mirror.

Only two prototypes were made: our red feature car and Corrado Lopresto’s later beige one (right).