Paul, the owner of this very special black Giocattolo is no stranger to the model. He, alongside Barry Lock, conceived the Giocattolo company Giocattoli Motori and its vehicles way back in the late ‘80s. Many, if not most, would know the story of the Giocattolo, as it has by now entered folklore.

A car designed on the Sunshine Coast to be better than the best sports cars around of the day. A stunning iteration of the classic Alfa injected with Holden V8 mid-engine testosterone – what’s not to like. Plans were big, motivation was high, prototypes were developed, followed by the production of 15 vehicles. That is literally the end of the story. The end was swift and brutal and involved changes in government investment policy and shifting goal posts that weren’t able to be dealt with. It sent the company and Paul bankrupt. Subsequently, some may say the first Giocattolo wasn’t a success – I disagree, I have driven one. 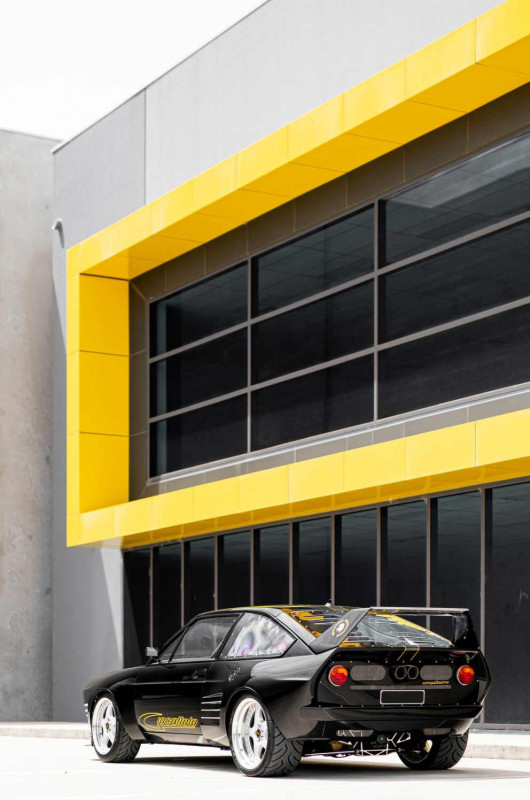 Some of the events that occurred during the development were simply ground-breaking. Holden aficionados would know that back in 1988 the first electronic fuel injected V8 was installed into the Holden ‘super limited edition’ flag-ship Walkinshaw VL Commodore: complete with 4 bolt mains and twin throttle body inlet manifold. So how did this Holden developed engine end up being supplied to the Giocattoli Motori car company, in quantity, to be installed essentially into an Italian Alfa body? It’s not like you could buy one over the counter at your local Holden dealer. Paul made the deal directly with the Holden Engine Company – right under the nose of Holden Corporate itself. It had never been done before, and has never been done since. 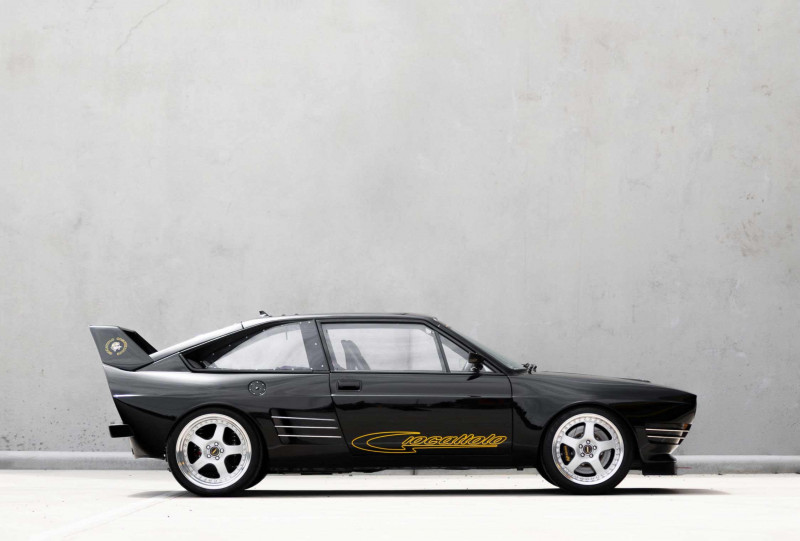 Now over 30 years later, that’s all water under the bridge. Paul didn’t get to keep his pick of the production Giocattolos, like you might think. By the end of the ‘80s, there was no company and all cars, parts and premises had to be sold off to keep the wolves at bay. No, it wasn’t until the 2000s for Paul to be back on his feet and in a position to purchase the black one you see here. At the time, it was a standard Giocattolo – a laughable term in the context – exceptionally well-conceived and engineered. It had Kevlar reinforced panels replacing the majority of original steel, reducing weight and adding rigidity, and a 5L Holden V8, a midship replacing the previous rear seats. The engineering to accomplish what I just wrote in one short sentence was a substantial undertaking. The final result was that the car looked the part, and went the part, successfully outperforming the best from Europe and gaining cult status.

Paul’s is not your standard Giocattolo in any sense. From the outset, Paul was always going to modify this one. In essence, his plan was to turn it into the second iteration of the original car: one that would have evolved from further development, had the business continued. It was a noble plan. 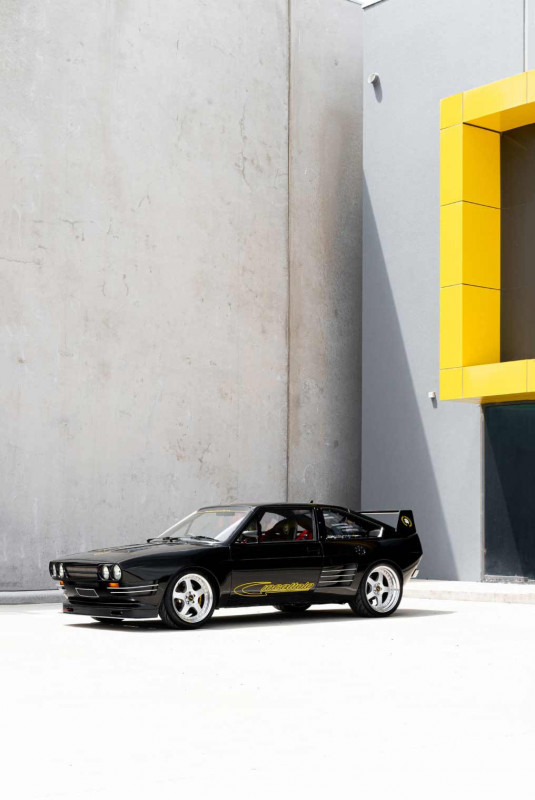 Paul has owned his 1989 Giocattolo for nearly 20 years – chassis number 11 from out of the 15 and technically the last one ever built. The changes for this one in definition are simple: more power, improved handling, less weight, and, while he was at it, sounds even better. And a name for this upgraded package, ‘Competizone’ of course.

The original engine was removed, and a higher performance upgraded engine package was sourced, enlarged to 383 cubic inches. Unfortunately, this configuration was not reliable and Paul was back to the drawing board. The second attempt was with a brand-new block built into a complete engine by Ian Tate; whose experience is legendary, having built many race engines for Peter Brock and the Holden Dealer Team in the past. The engine was strengthened with forged pistons and conrods, up top bigger valves, solid roller cam and larger injectors allowed the engine to produce a measured 397.17kW and 677.91Nm. 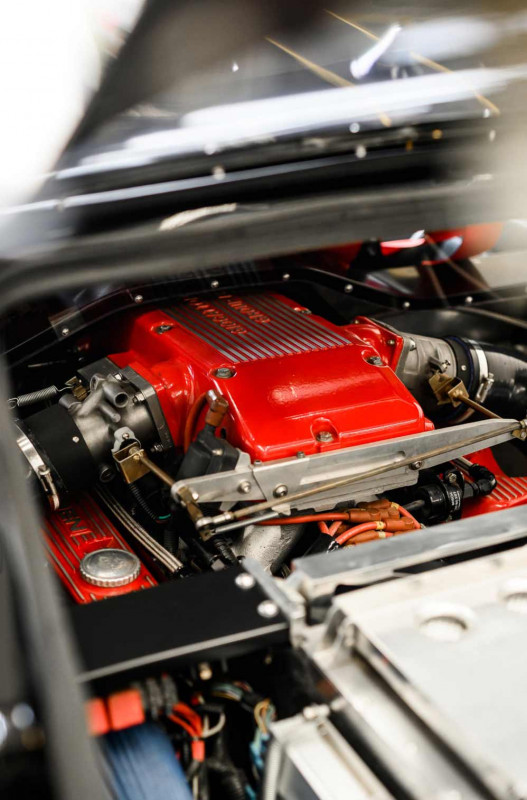 The engine capacity is now 355 cubic inches or just on 6L. As a brand new engine, the block was then able to be stamped with the same factory engine number – a nostalgic touch. The exhaust system was then rebuilt without the restrictions necessary at the time. Of the exhaust, Paul said, ‘The single biggest thing both Barry and I hated on the production models was the exhaust system, which had to be strangled to pass the 78db drive-by testing back then’. The exhaust is now high mounted on the engine and exits via a simplified muffler design through the redesigned rear panel and in-line with the rear lights.

Braking was improved with larger AP discs all round, possible with the large wheels now fitted. 17 inch instead of the original 15. Paul told me the rubber is not any wider, just that the original tyre sizes are almost impossible to get these days. In addition, there are now twin master cylinders with balance bar adjustment. Handling was improved with new Macpherson struts and stiffer springs, as well as the anti-roll bars.

The weight is significantly reduced in Paul’s car; an estimated 1000kg now, and after the weight loss program it retains – well not too much. Gone is the air conditioning, electric window motors, engine hood and most of the glass, being replaced with Lexan polycarbonate, all except the front windscreen. Lightweight Porsche GT3 seats replace the original Recaro’s, providing additional support while cornering. The car was light to start with, via a healthy dose of Kevlar reinforced panels having replaced the original Alfa Sprint steel ones on the production Giocattolos. Only the doors and roof remain in steel. The rear hatch has been altered to allow heat to be extracted more efficiently in conjunction with new roof vents. The rear lexan windows were also modified and angled-in to allow air flow into the engine bay, similar in design to the Ferrari 288 – which, by the way, doesn’t come close to the rarity of the Giocattolo 15 built versus 272 of the Ferraris. Paul’s upgrades are thoughtfully done and beautifully conceived. The cars upgrades are a cohesive package and achieve the power, handling, weight and noise combination he was after. The car is a true race car for the road. In March this year, at the Melbourne Grand Prix, it completed five laps of the track in an F1 support race, and in the hands of a friend of Paul's. Although he was intending to run a stint himself on the Friday, the entire F1 event was dramatically closed down due to the Covid crisis.

The development of chassis number 11 has taken a lot of time and money; and after 20 years of ownership, Paul has recently sold the car to further a new venture. However, the black beast hasn’t gone far, and it drives past his workplace on a regular basis.

So where to from here? Upwards, of course, with the new venture being an all-new Giocattolo in the making. Just as the first one was conceived to be better than the best, the new Giocattolo takes this concept to a new, ‘hyper level’. The new creation, code named 'Giocattolo Marcella, turns up the engine power to number 11 with two LS7 7L engines. Please read back that last sentence until it sinks in … and yes you read that correctly. It’s essentially a twin crank 16 cylinder configuration with custom Albins transfer unit combining the power and torque of these 7L engines into a 14L naturally aspirated fire-breathing monster. The LS engines are a clever choice. They are well regarded, cost effective, reliable and will meet emissions requirements. Just as in the '80s, Barry Lock is again involved and was instrumental in the design and unique packaging of the twin engines.

The body is equally unique and, from rendered designs, looks like a purposeful and modern day hot-rod. Paul has cleverly trademarked the ‘HyperRod’ name for his Giocattolo Mark II, and is currently in the process of creating the wooden buck that will ultimately allow the polished aluminium panels to be formed over. There is nothing ordinary about the design, and the car is a three-seater with the driver occupying the middle position. Similar in a way to the Maclaren F1. However, the team has cleverly added features to allow easy access – no mean feat.

While a lot of this information may seem fantastical, I can assure you that all of it is real. I have personally seen the engine; and with the exception of its wiring, it is physically complete. The prototype car as whole, though, is still about two years from completion, and the plan extends to building further examples in a limited production environment – most likely in US.

Talking with Paul, you can’t help but realise that there is so much about this new Giocattolo to get excited about. An all Australian design from a visionary who has the proven entrepreneurial skills required to make it happen, and who has surrounded himself by equally clever people that can assist. So, watch this space – and be prepared for the new Giocattolo to tear a great big hole in it. 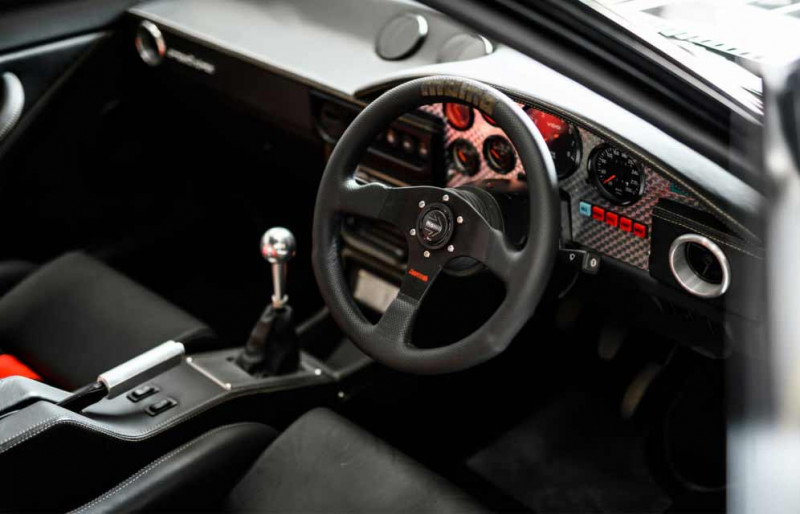 ABOVE, BELOW & LEFT: There was never any such thing as a ‘standard’ Giocattolo. Almost everything has been hand-built, including the Holden 6.0-litre engine. Amazingly, kerb weight is just 1000kg! 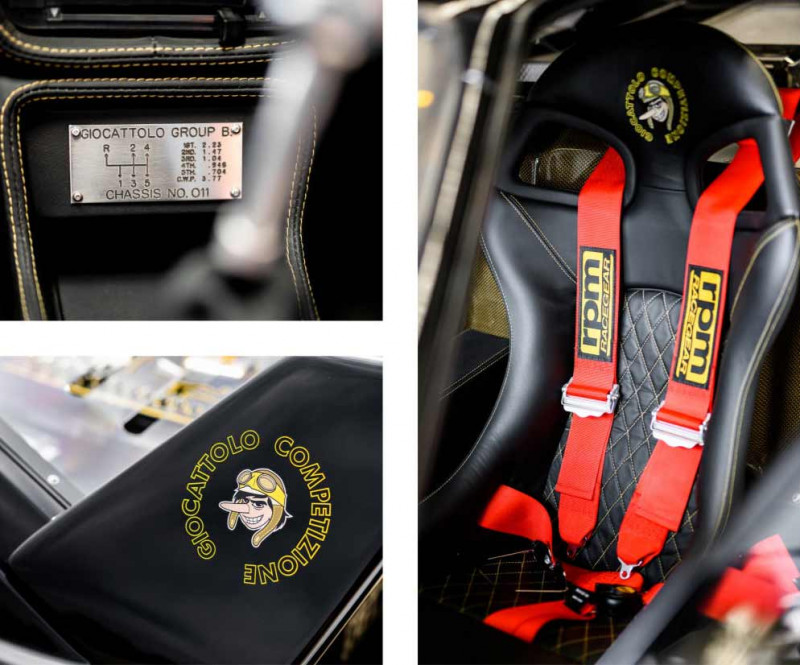 RIGHT: A unique sports car built to take on the world. 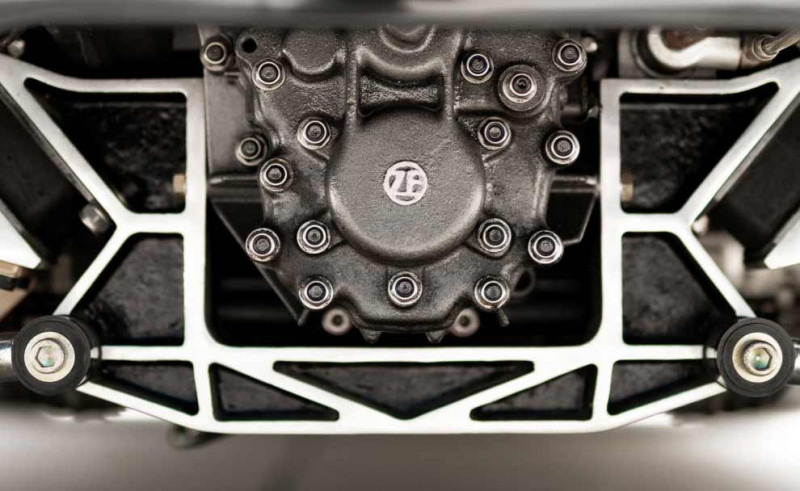 RIGHT: Paul Halstead was the very proud owner of this black Giocattolo, which he acquired 20 or so years ago and has recently sold.