The Pininfarina Azzurra Spider – née Fiat 124 Sport Spider – is a pretty car of timeless character; deserves decent and timeless drives. And 50 years of marriage warrants proper celebration so Australian couple Michael and Christa Wapler headed to Germany, picked up a low-mileage, very original 1985 Azzurra Spider, drove across the Alps and toured the Italian countryside. Under the Tuscan summer sun and more.

‘It’s a very beautiful country with very beautiful country roads. Think of Tuscany and its thousands of hills and mountains – exceedingly beautiful and if you can drive an open car there in the summer it’s just a delight.’ Michael and Christa already had a Fiat 124 Spider at home in Adelaide and were in the market for an equivalent classic for a pigeon pair. Or an Alfa Romeo 105 maybe, something in that vein. Preferably Italian. 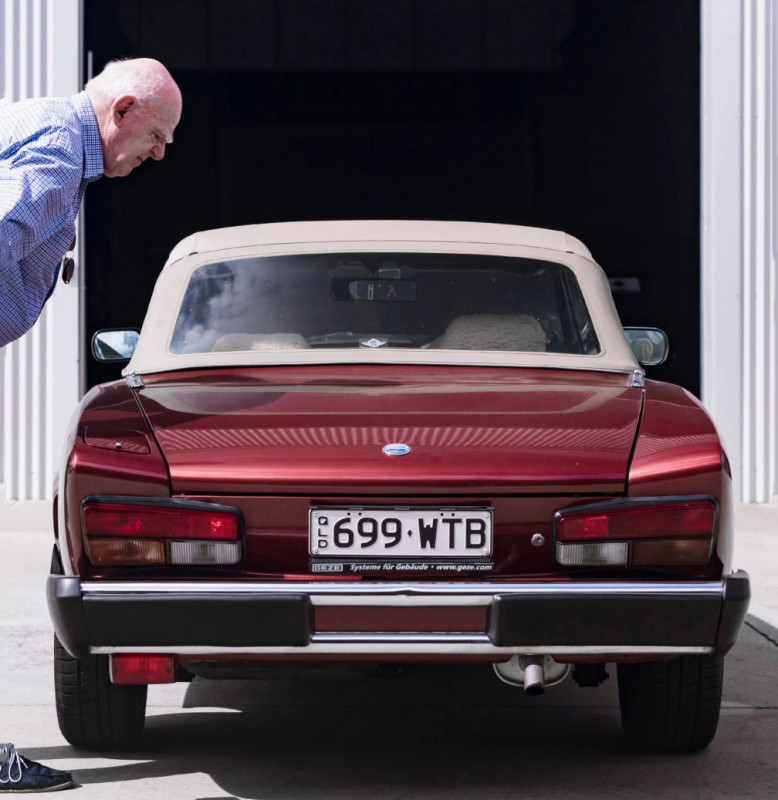 A search on the website anamera in June 2015 found a Pininfarina Azzurra Spider just 10 kilometres outside Stuttgart. It looked right, was claimed to be original and Michael sent off an email to say he was interested. The only drama was the Waplers weren’t due to set off until March 2016 when there were plans for 50th wedding anniversary celebrations in southern Germany with relatives and friends from around the world.

Turned out the Azzurra always dream t about driving Italy in an Italian car.’ owner was happy to hold the Italian roadster; it could sit in his garage until the Australians arrived. ‘And it was exactly as it is. We’d bought it sight unseen and had to trust what the owner told us. He turned out to be the managing director of a car leasing company, knew a bit about cars and lived in an extremely wealthy part of Germany. The zebra crossings there are black and white marble – not painted.’ Michael laughs.

The German seller was the second owner, had it for 18 months but didn’t have time to drive it and his Alfa Romeo 105. (The car was first sold into Luxembourg, the theory being that a dealer, knowing Azzurra production was coming to an end, decided to sell it quick smart into Europe.) ‘So he gave me all the papers and the keys and we drive off – just took off, no test drive. The car had only done 24,000 kilometres so you don’t expect many surprises. You take the chances and drive it off.’ 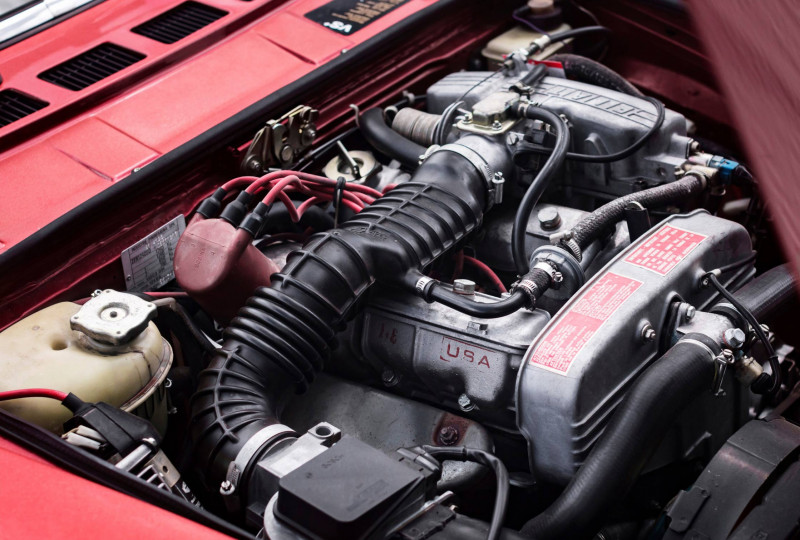 Azzurra Spiders were built for the North American market in Pininfarina’s Turin factory; Spiders for the European market were tagged Spider Europas and carried a Pininfarina badge.

The Italian car designer and coach builder took over full production of Fiat’s 124 Sport Spider – a sibling to the 124 Coupe – in 1981 before Fiat dropped the model from its line-up to make room for the X19 in mid-1982. From July 1982 through to 1985 Pininfarina built some 6000 Spiders, adding extras such as electric windows and using the Fiat 131’s rack and pinion steering to replace the 124’s discontinued recirculating ball.

The 2.0-litre engine, body and suspension remained much the same as in that original 1966 Fiat Spider. The twin overhead camshaft, five-main bearing engine designed by Ferrari engineer Aurelio Lampredi produced some 105 horsepower and remained a versatile, reliable powerplant through to the likes of the Lancia Delta. 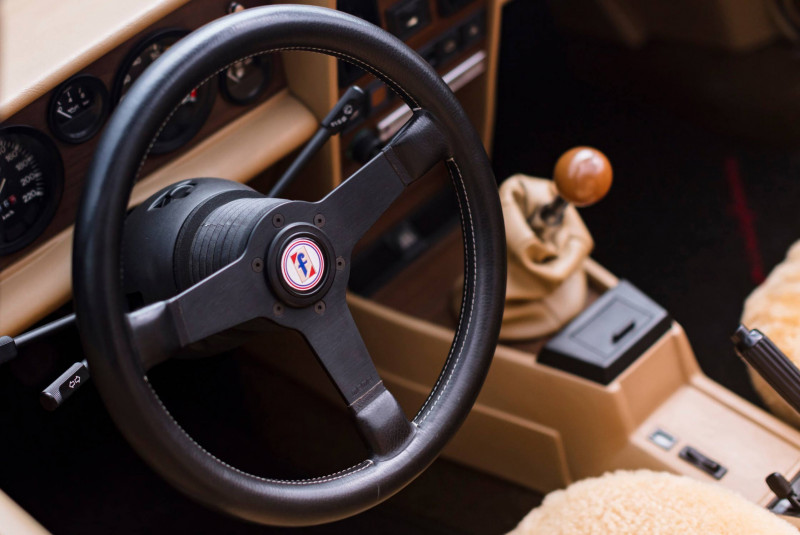 ‘It was a super design in 1966 when the MGB had the usual pushrod engine,’ notes Michael. ‘Fiat was way ahead with engine design and everything else. The MGB had drum brakes and live rear axle with leaf springs. The Fiat has a live axle too but with coil springs and Panhard rod.’

So the Waplers had an enchanted month-long tour through stunning scenery – at one stage staying in an 11th century hillside castle restored by folk who, in a strange coincidence, made money selling tiles to Adelaide home owners.

Michael, with a deep interest in Tuscan history, also allowed he had a whale of a time in magnificent museums. ‘And the restaurants,’ he adds.

The Pininfarina Azzurra was then driven up to Hamburg, crated and shipped south to Brisbane. There the red roadster’s headlights were adapted for right-hand-drive conditions before the car was driven to Adelaide to join the Fiat 124 Spider; the pair of Italian convertibles now promised to the Waplers’ grandchildren.

‘I’d been to Italy before with a hired car – that was only half the fun. Here, when the wedding anniversary came up and the car came up, it all gelled at the right time. We thoroughly enjoyed it all,’ Michael recalls.

La dolce vita in a classic car and classic country.

‘We’ d always dreamt about dr iving Italy in an Italian car.’

Article type:
Review
fiatfiat 1241985pininfarina
—
896
Write a comment
No comments yet. Be the first to add a comment!