The late 1960s represented a patch of purest purple for design house Pininfarina. Employed there at the time were some of the most stratospherically brilliant designers, right at the height of their powers, such as Aldo Brovarone, Paolo Martin and – of particular interest for us here – Filippo Sapino. He had left Ghia to join Pininfarina in 1967 and during his two years there produced two stellar concept cars. The Ferrari 512 S is the better known of the two; the Abarth 2000 Scorpione of 1969 pictured here is less well known. 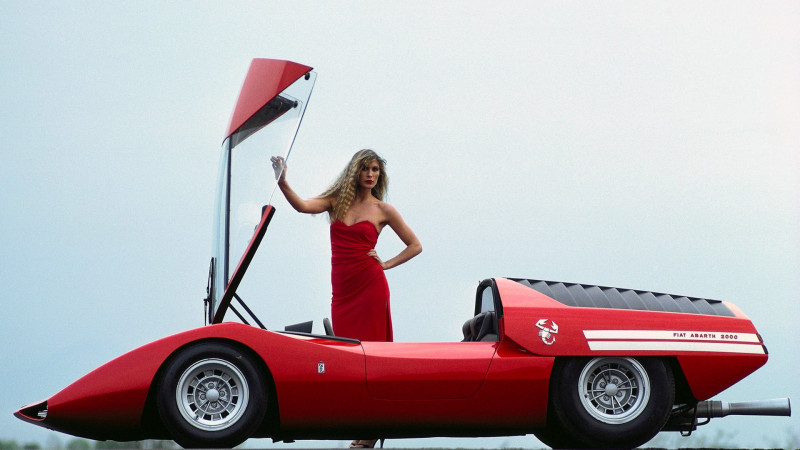 Let’s address that now. Starting in 1968, Pininfarina and Abarth agreed to collaborate on a special ‘show’ car. The starting point would be the Abarth 2000 Sport Spider SE sports racer, whose tubular steel spaceframe chassis the concept car borrowed unaltered, complete with all-round disc brakes and suspension by trailing arms, coil springs, hydraulic dampers and anti-roll bars. The ‘2000’ badging came from the engine: Abarth’s Tipo 236 1946cc four-cylinder unit with four valves per cylinder and Weber carburation, good for a peak of 220hp at a screaming 8700rpm. 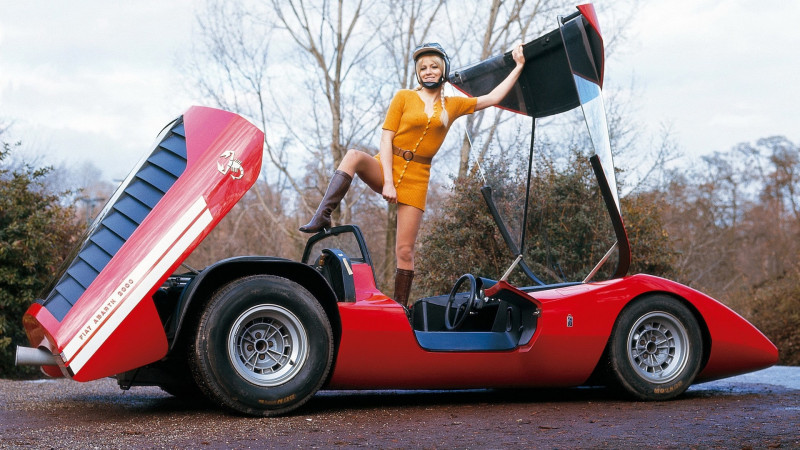 Sapino’s design for the glassfibre-reinforced plastic bodywork was exceptional, even if it was very much of the period. It sat very low (just 970mm off the ground) with six close-set lights up front and a semi-exposed engine at the back, protruding like a beach buggy’s, terminating in a pronounced exhaust pipe. The essential profile was a wedge with a very strong ‘hooded’ rear section that allowed air in to cool the mid-mounted engine, which hinged rearwards for access. A large bronze-tinted window allowed you to view the engine, while to the sides were distinctive black slats that permitted hot air to leave the engine bay. Some compared the rear end to a turtle shell; Style Auto magazine said the car looked crocodilian, while Motor used the word ‘crustacean’. 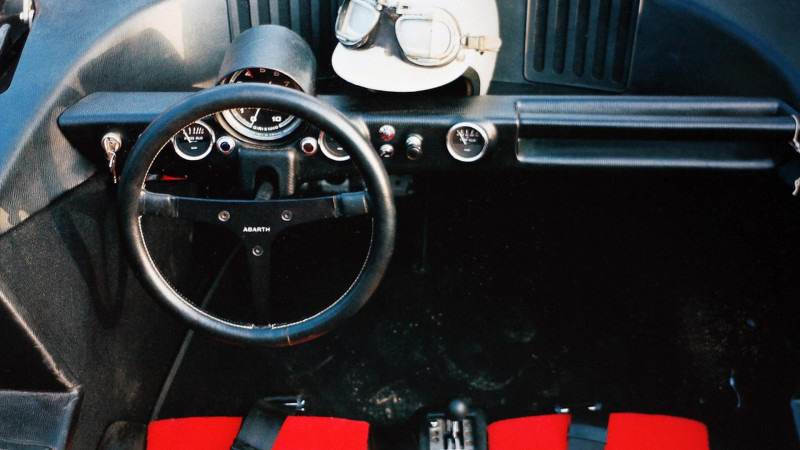 Getting in and out was a convoluted affair. A canopy consisting of the windscreen, side glass and the front section of the roof hinged forwards as one, held in place on struts. Tiny half-doors could then be opened forwards so that you could scramble over wide sills into a very narrow cockpit. The stripped-back interior had instruments arranged on a distinctive black ‘bar’, with a big rev counter directly in front of the driver and secondary dials and switchgear to either side.

The 2000 Scorpione made its debut at the January 1969 Brussels Motor Show and was subsequently shown in Canada. However, the one-off never saw any action on the track, nor even on the road. It was retained by Pininfarina until it sold it off to the well-known Japanese collector, Shiro Kosaka, who set up the famous Abarth Gallery museum in Japan. The Abarth has rarely left Japan since, except for an appearance at the 2014 Concorso d'Eleganza Villa d'Este, where it won first prize in the Historic Concept Car class.

NEAR MISS: ALMOST A CLOCKWORK ORANGE

It has recently been discovered that the Abarth 2000 Scorpione very nearly appeared in Stanley Kubrick’s dystopian 1971 movie, A Clockwork Orange. In a 2021 book on the making of the film, it was disclosed that he ‘auditioned’ dozens of cars for the role of the fictional ‘Durango 95’ car that the Droogs are seen driving in one scene. Kubrick was looking for the most outrageously designed car possible, and looked at a whole raft of supercars, including Lamborghinis and Ferraris. Actor Michael Tarn, who played one of the Droogs, recalled: “We had a wonderful scene and they got every classic car they could get their hands on, futuristic, old, and put them all in a parking lot – there must have been 40 cars, including Jensen supercars, Lagonda, all these wonderful cars then. And we had a great time. Kubrick loved the image of the future.”

Most of the gathered cars were, however, judged far too conventional. The car ultimately chosen for the scene was the outrageous Probe 16, a UK-built car designed by Marcos stylist, Dennis Adams. But the movie star could easily have been the Abarth 2000 Scorpione, as shown by these images of Kubrick assessing the Probe and Abarth together. It was a close call as to which car would ultimately appear in the film. Kubrick probably chose the Probe over the Abarth because it had a sliding roof that made for a better scene: the Droogs were filmed sitting on top of the car while driving, something that would have been impossible with the Abarth.