This Buick concept hinted at a future SUV/station wagon offering from GM’s Flint-based division; sadly what was rolled out a few years later had none of the bold vision of the concept…

From here to obscurity

Richard Heseltine’s weird and wonderful American cars from the past.

The Nineties witnessed a renaissance in American car design. Marque differentiation suddenly took centre stage. Nothing was off limits, with stylists being given far greater freedom than in any period bar, perhaps, the Sixties. This was the era that witnessed everything from the Dodge Viper to the, er, Pontiac Aztec reach the market. Sure, originality didn’t necessarily make much of a dent on balance sheets – boring sells, after all, but there was a sense of excitement that had been conspicuously absent during the Eighties. Some products acted as halo models, while others attempted to redefine – or carve out – a market segment. The Buick Signia belonged firmly in the latter camp, even if it served variously as a punchline and a punching bag in period. That was because its outline was either unconventionally attractive or conventionally unattractive depending on your aesthetic sensibilities. Beauty is in the eye of the beholder and all that, but there was no denying the ambition here. This may have been a concept car, but it had plenty of intriguing features which foretold a production model. 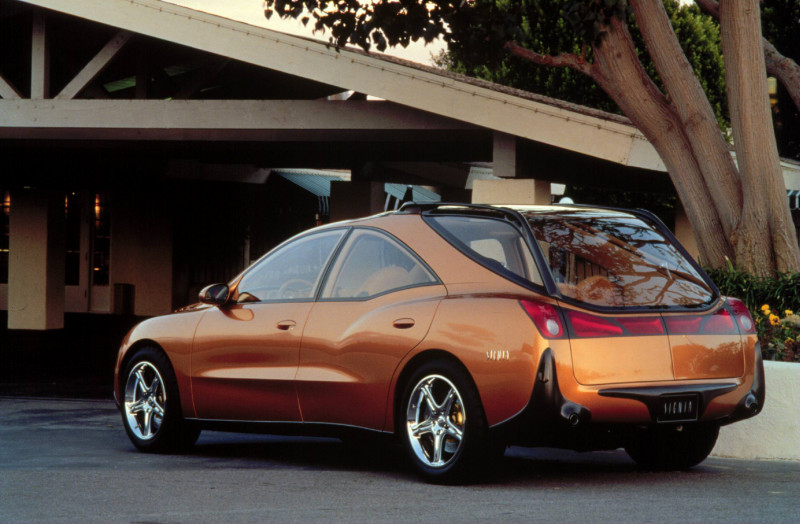 The Signia emerged at the 1988 North American International Auto Show. It was clearly derived from the Park Avenue sedan, sharing some design cues, but represented an early attempt at an SUV/crossover. While the overall outline was perhaps a bit dumpy, the rear-end treatment was unquestionably distinctive: it featured two side-hinged lower doors with a sizable lift-up canopy sited directly above. The rear glazing incorporated polymer-dispersed liquid crystal glass which darkened appreciably when the sun was at its harshest. 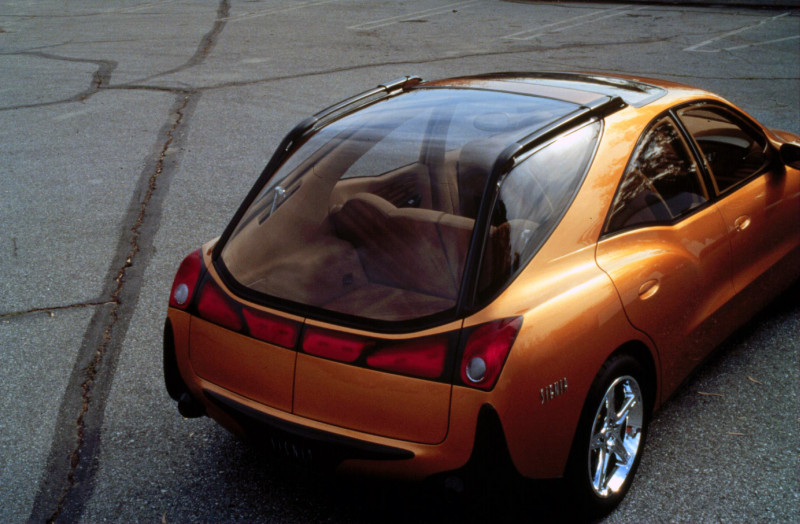 Inevitably, some arbiters of beauty reckoned this styling treatment meant it looked like a hearse, but the reasoning was straightforward: the composite-plastic rear hatch was removable so it could be converted into a partial convertible or, for additional practicality, into a pick-up. What’s more, the rear floor could be extended aft by as much as 380mm (15 inches). Not only that, the doors out back swung through an arc of 90 degrees, which made loading and unloading cargo that bit easier. Just to ensure your load arrived home intact, there was a blind spot-monitoring system, while the hinged canopy also doubled as a cargo carrier (the design incorporated integral roof rails). 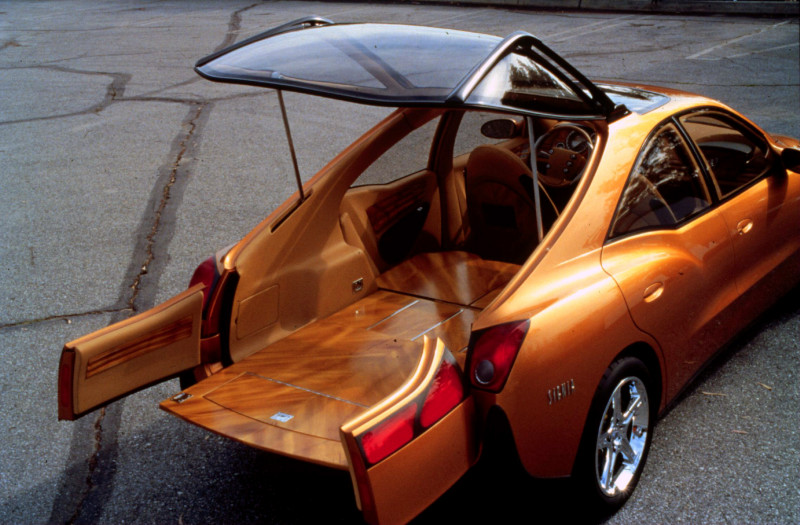 Having said all this, somehow you doubt the leather cabin and polished timber rear deck would have stood up well to repeat trips to the tip and suchlike. Nevertheless, the Signia’s intent was clear: this was mooted as a luxurious lifestyle vehicle, and one that clearly took aim at the hugely popular Subaru Outback. It also had sufficient go, with power being provided by a supercharged 3.8-litre V6. 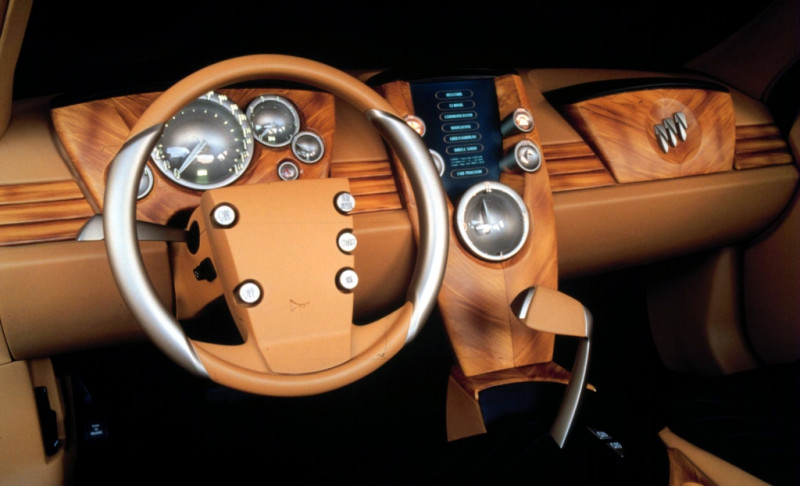 The Signia also had four-wheel drive, although some sources insist that this was mere PR puff. They claim that it was pure front-wheel-drive Fifth Avenue hardware beneath the skin. Whatever the truth, the concept was sound even if the styling divided opinion. It was never going to enter production, but the Signia did predict the Buick Rendezvous which arrived in time for the 2002 model year. However, this boxy crossover was decidedly vanilla by comparison…