The tiny Fiat 500 has recently been given an all-electric makeover, and now the manufacturer has electrified its bigger brother, the 500X. There’s still no full electric option, though. Instead, you’ll find a 1.5-litre naturally aspirated petrol engine under the bonnet, with an electric motor bolted onto the side that is powered by a tiny, but useful battery pack.

Around since 2014, visual alterations to the 500X are few and far between. Gone is the Fiat logo on the nose, replaced by 500 (without the X) in its place, and there’s a new Fiat logo on the rear of the car. That’s more or less it, so don’t think of this as a comprehensive update. That’s no bad thing, as the 500X remains as cute as ever, eschewing the trend for lots of sharp edges and straight lines, and sticking to curves and chrome. We’re in the (Red) trim level that’s been created in association with Product Red, a charity co-founded by U2’s Bono to combat AIDS in eight African countries and now funding Covid efforts. Adding to the regular 500X models, the Red car gets flash alloy wheels, dark plastic cladding around the car to give a pseudo-rugged look, and roof rails. There are also red wing mirrors but, on our red-coloured car, they obviously don’t stand out. 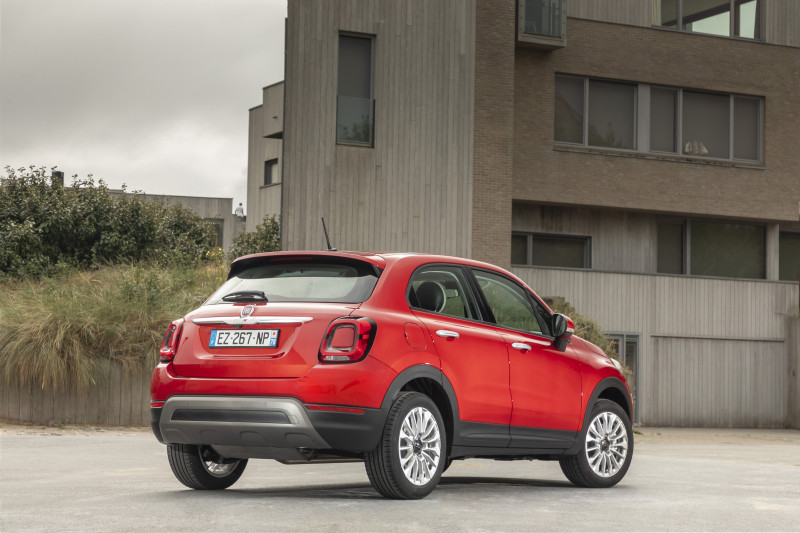 And it’s every bit as bold inside, with a bright and wide strip running the entire width of the cabin painted to match the exterior colour. Not much has changed in here, either, but it retains a charm that stands it clear of more mundane rivals. 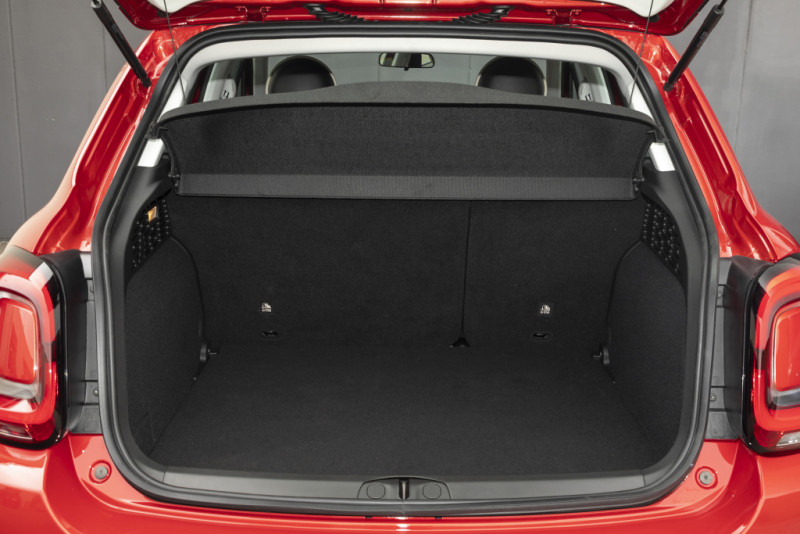 A triple-barreled instrument binnacle holds all the essential dials and information you’ll need, with a 7-inch touchscreen mounted high up in the centre of the dashboard. While quite small, it’s got a clear screen and is pleasingly usable. Even more appealing are the physical controls surrounding it, including a volume control and, lower down, controls for the climate control system. If you want to stick to digital interactions, the system also includes Android Auto and Apple CarPlay connectivity, although there’s no handy space for a smartphone to sit, so it’ll end up either positioned in a cupholder or scooting around on the passenger seat and then onto the floor. 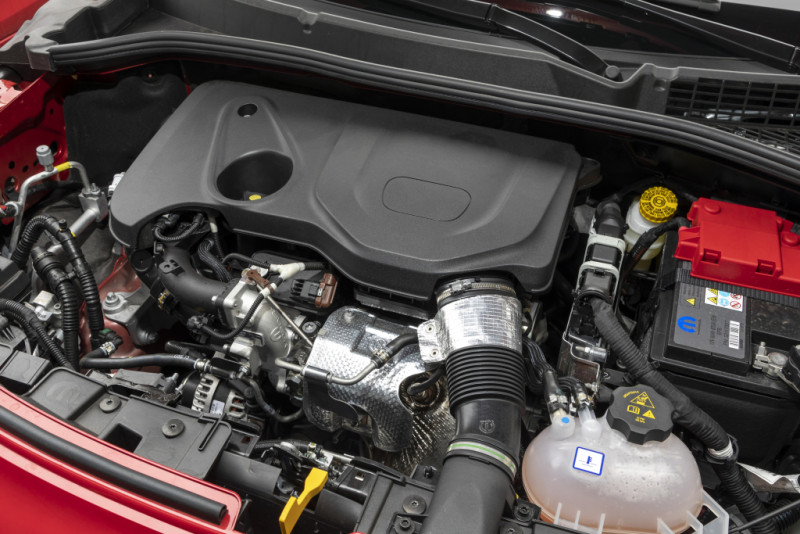 Space is good for all, perhaps surprisingly, unless you choose the Dolcevita version with its slide-back fabric roof, as that steals a significant amount of headroom in the rear. Besides that, there’s plenty of room for all in every direction, although the seats are rather firm. The boot isn’t as generous, with the 350 litres it can accommodate being under par, and significantly less than what’s on offer in a comparable Ford Puma or Nissan Juke, for example. 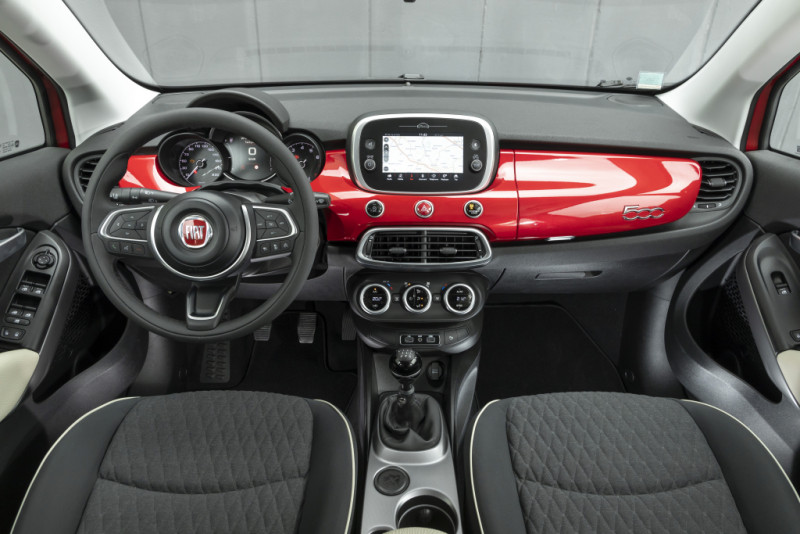 Fiat has taken the opportunity to improve safety, adding a host of gadgets to keep you out of trouble, including autonomous emergency braking, lane-keeping and blind spot assist, and a driver drowsiness detector. Not all 500X models get all the kit as standard though, so check out the equipment kit list to be sure as to what you’re getting.

The big change, of course, is the new FireFly hybrid powerplant. The engine and electric motor combine to produce 129bhp, which is enough to slingshot the 500X to 62mph in 9.4 seconds. There’s mild hybrid technology that is enough to keep the car creeping along in pure-electric mode for a couple of miles if you’re really careful and gentle with the throttle. The reality is that the car will simply use a combination of petrol power and electrical energy to maximise efficiency but, frankly, not by much. Some rather gentle urban driving saw the onboard computer report just 45mpg, which is decent, but hardly a talking point.

What did have us talking was the gearbox. It’s a seven-speed automatic that spends most of its time getting confused about what gear to select. Long delays when pulling away leave plenty of opportunities to be left briefly stranded as you pull out of a side road, which doesn't exactly instil confidence. The combination of average economy, rough gearing and power levels short of ‘sporty’ leaves the hybridisation of the 500X feeling a little like an afterthought. It’s a worthy update to the car, which retains the same appeal that it has had since its introduction eight years ago, but it doesn’t move the game on to any significant degree.