As Ferrari plots a transformative five years, we examine the car that more than any other has shaped the last 60.

Ferrari 250 GTO: close to perfection – then, now and always. Gavin Green examines its creation and its legacy 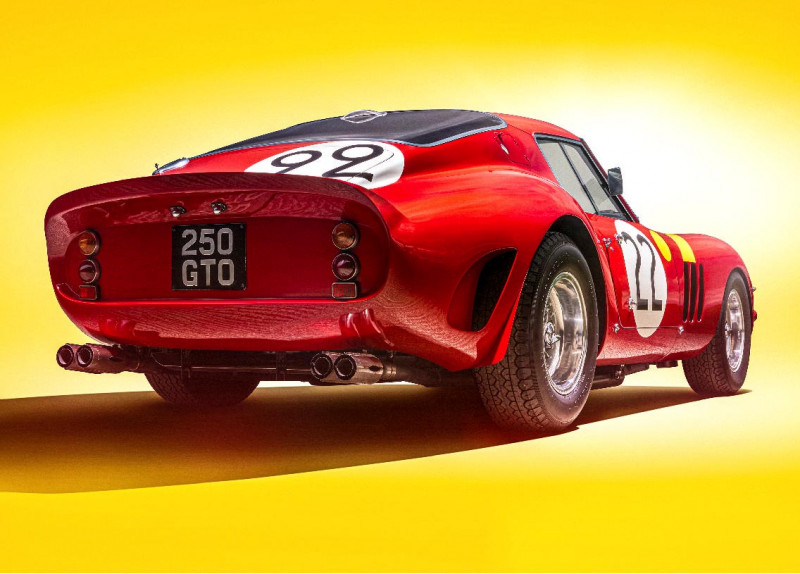 It was a car of contradictions. Today it stands as one of the most valuable of all classics. Until the recent record-breaking Mercedes sale, the most money ever paid for a car – $70 million or £52 million – was for a GTO, back in 2018. Yet Enzo Ferrari made only 39 out of a promised production run of 100 units, the minimum number needed for GT racing homologation (the O stands for omologato). As part of the ruse, he skipped chassis numbers to give the illusion of quantity. It went on to be one of the most successful sports racers of the early ’60s, as well as probably the most beautiful and certainly the most desirable. 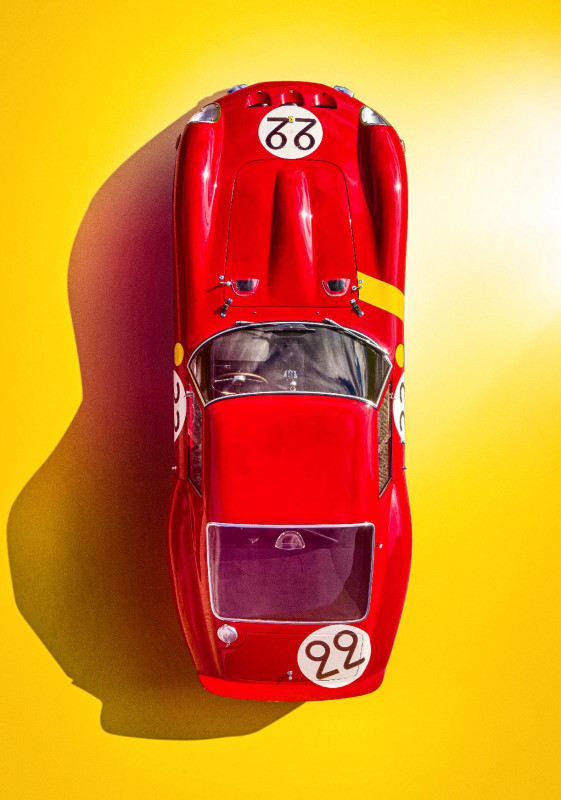 The 250 GTO is also, to this day, the most special Ferrari to drive.

Its birth was a difficult one. Eight key staff, including chief engineer Giotto Bizzarrini and chief designer Carlo Chiti, walked out in November 1961 while the car was in its final stages of development. Bizzarrini and Chiti then founded a new (short-lived) Ferrari rival, ATS, which included an F1 team. 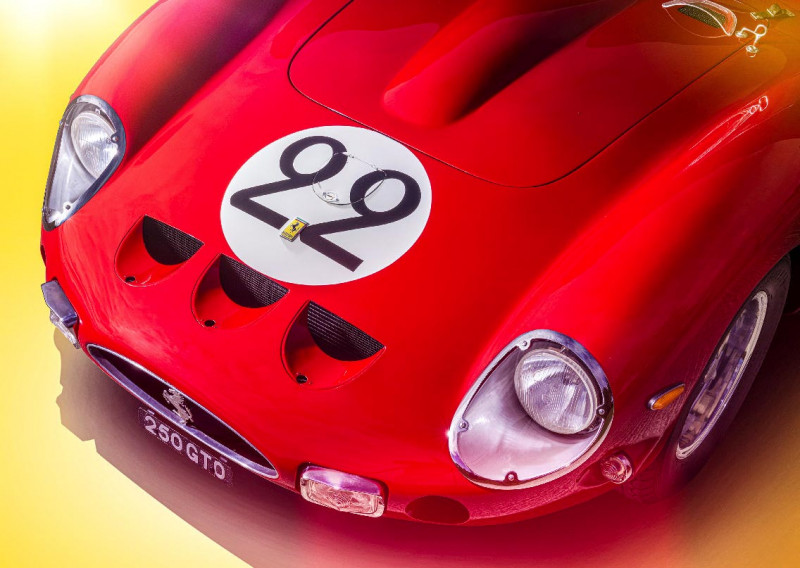 It was the most troubled time in the (at that point) 15-year history of Ferrari. To finish the development of what would become the GTO, Enzo Ferrari turned to his junior engineers. ‘We got rid of the generals,’ he told the wet-behind-the-ears youngsters. ‘Now you corporals must take charge.’

SPECTACULAR TO LOOK AT AND TO HEAR, THE V12 IS RENOWNED FOR ITS SONG AND PERFORMANCE

Into the breach as chief engineer stepped Mauro Forghieri, just 27 when the GTO was unveiled at Maranello in February 1962. Soon after, he was appointed technical director of Scuderia Ferrari and remained in charge until 1984. His cars won four world drivers’ titles, most famously for Niki Lauda in 1975 and 1977. 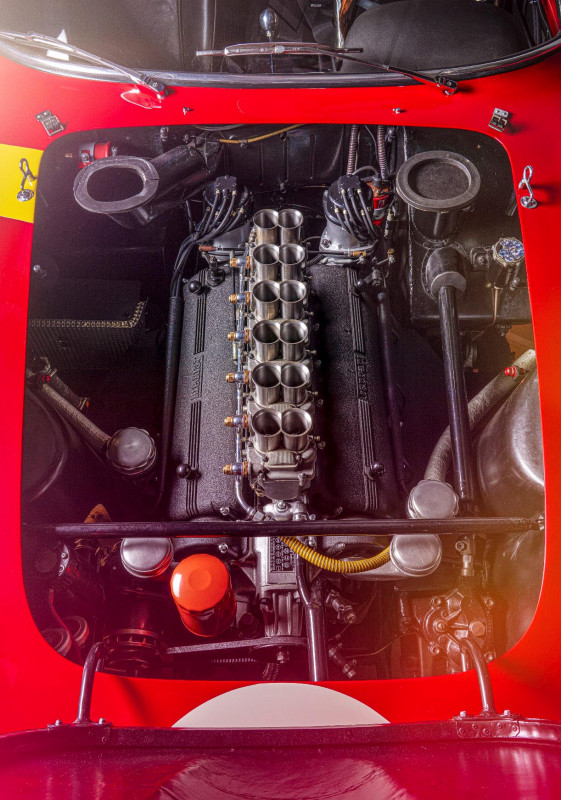 Forghieri refined Bizzarrini’s GTO design, Stirling Moss helped with the development work, and it was clothed in a spectacularly beautiful body, the work of Sergio Scaglietti. A month later, the GTO made its competition debut at the 12 Hours of Sebring in Florida, convincingly beating the E-Types, Corvettes and Porsches in the GT class, and finishing second outright behind a Ferrari 250 Testa Rossa racer. A few months later it won the GT class at Le Mans, finishing second and third overall.

To understand the development of the GTO, and its links to the subsequent Daytona and cars like today’s 812 Competizione, we need to travel back to the ’50s, beyond the GTO to the earlier 250 models on which the GTO was based. It was the company’s most successful line of vehicles and its first proper ‘production’ car, at least in any quantity (although by 1958 production ran at only one car a day).

The two-seat GT versions were roadgoing cars that were also ideal for sportscar racing, and amateurs and professionals alike used them with success. The 250 GTO was this bloodline’s spectacular finale. It was a racer first and foremost, but road legal to boot. All 250s were powered by the long-serving Gioacchino Colombo-designed 60° V12. It was successful on both road and track, was used in Ferrari’s first car (in 1947) and remained in production 40 years later. Over that time its capacity blossomed from 1.5 litres to almost 5.0 litres.

AS WITH THE E-TYPE JAGUAR, THE 250 GTO PROVED THAT A CAR PRIMARILY DESIGNED TO CLEAVE THE AIR COULD PLEASE THE EYE

All 250s, including the GTO, had capacities of 3.0 litres. This power unit was simple, beautifully made and reliable. It had a single overhead cam per bank, two big valves per cylinder, Weber double-barrel carburettors and, in the GTO, produced a claimed 300bhp at 7500rpm, the highest output for any 250 variant. It was the first road-legal engine to produce 100bhp per litre. 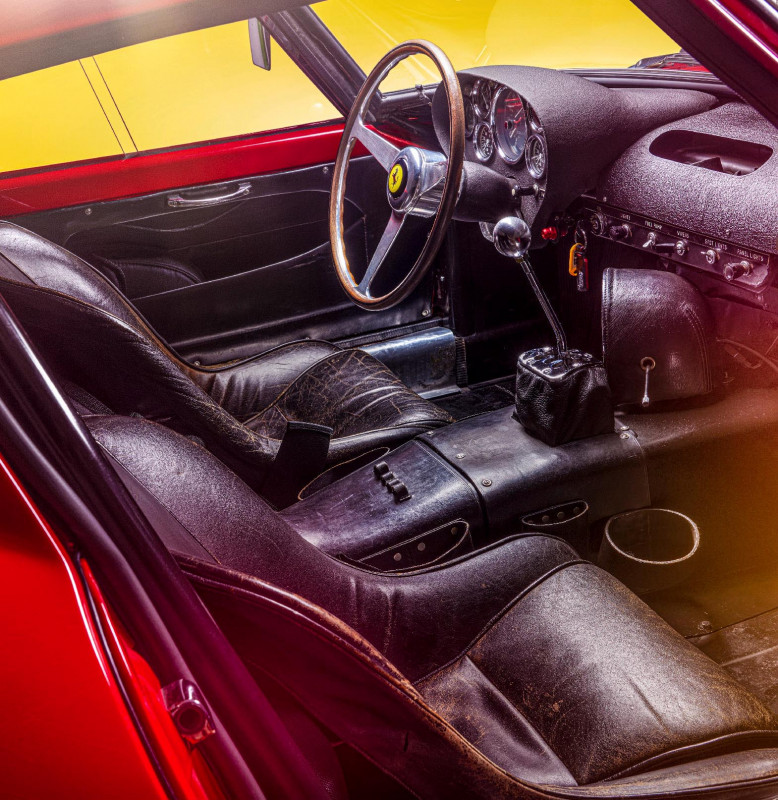 It was high revving and fast revving, responsive as well as powerful, spectacular to look at and awesome to hear; renowned for both its song and its performance. This wonderful engine has inspired a host of other V12s, including all subsequent Ferrari V12s, Lamborghini’s V12-powered Miura, and now Gordon Murray’s new T.50/T.33 power unit. (He wanted a fast-revving 60° V12, citing the ’60s Colombo unit as inspiration.

To develop sufficient power and meet emissions regulations, Murray settled for a 65° 4.0-litre, developed by Cosworth.) The GTO’s tubular steel chassis was old and relatively crude, and much the same as previous 250s, although the tubing was lighter. The live rear axle carried simple leaf springs. Never mind the crudeness, it handled beautifully, as many photos of racing drivers elegantly four-wheel drifting GTOs bear testimony.

Its biggest technical advance over previous 250 GTs was its body. Until the GTO, Ferrari engineers had not concerned themselves much with aerodynamics. Its V12s were usually good enough to win, outpowering opposition from Jaguar, Aston Martin, Lotus and Porsche. Enzo Ferrari himself had remarked that you bought a Ferrari for the engine. The rest came free.

The GTO was the first aerodynamic Ferrari. Engineers examined penetration, drag, downforce and lift. They did development work on the autostrada, on the track and in the wind tunnel. The GTO’s aluminium body was born entirely of purpose. Yet it was achingly beautiful. As with its handsome contemporary, the E-Type Jaguar, it proved that a car primarily designed to cleave the air could equally please the eye.

There were some wonderful styling flourishes too, from its dainty chromed windscreen wiper arms to the hand-beaten headlamp cover surrounds, to the big alloy Prancing Horse dancing gracefully on the small black oval grille. These were decorations. The three vertical vents behind each front wheel, now a GTO signature, were entirely functional, exhaling hot air from the engine bay in which the high-revving V12 went about its work.

Indeed, the 250 GTO became the front-engined Ferrari mechanical and styling template, as recently departed chief technical director Michael Leiters told CAR before upping sticks for McLaren… ‘Look at the 812 Competizione, the SP1/SP2 Monza, the Roma: the long bonnet and short rear, the smooth curves, the lines, the elegance. The GTO still influences these cars, including its front mid-engined concept.’ The V12 was sited well back in the GTO to aid handling balance, as it is in the 812 Competizione.

The engine was also mounted as low as possible, assisted by a new dry sump made from magnesium. With the right final-drive ratio (customers had a choice) the GTO could hit 175mph, subsequently proven at Le Mans. It also had four-wheel disc brakes, one of the first Ferraris to do so. There was also a five-speed synchromesh gearbox. Previous 250 GTs used four speeds.

I have driven two GTOs. My first drive was in Norfolk in spring 1985. It was racer Jack Sears’ own car, then worth £200,000. Twenty-two years later, I drove Nick Mason’s GTO – photographed here – in the New Forest in Hampshire. I have re-read both these stories while researching this story but, really, there was no need. Both those drives burn so bright in my mind they could have happened yesterday.

The small bucket seat grips you tight, the handsome wood-rimmed steering wheel seems impossibly big by modern standards, and in front of the small and quite vertical windscreen stretches that long flowing sculpted bonnet, elegantly shrouding the engine. The wings raise gracefully either side of the centre power bulge, subtly hinting at the muscle below.

Start the V12 and it growls into action, like an angry lion poked with a stick. What a noise! It snarls and rasps, the 12 big inlet trumpets sucking for air, gloriously unfiltered. Throttle response is way sharper than on any over-plumbed, emission-strangled, turbocharged modern engine, partly due to a very light flywheel. It zings, astonishingly eager to rev. Switch off the engine and the song is extinguished, instantly.

It is a very physical car, of course. The brakes are heavy, the steering takes forearm and shoulder heft. The steering comes alive as the speed builds. But the engine is the star. It’s tractable from just over 2000rpm, by 4000 it delivers a blood-curdling howl and you’re now pulling in the horizon, fast.

The gearshift is meaty and metallic, effected by a long, elegant alloy lever rooted in a handsome six-finger alloy gate. The change action is firm and long of throw. You can feel the cogs meshing, feel the tarmac under tyre, feel the instant response of that wonderful engine, and you can hear the engine sucking for air and growling and snarling, and you are always aware of its power and eagerness. It’s a wonderfully mechanical, visceral car, in stark contrast to today’s anaesthetised EVs, so devoid of texture and touch.

The GTO has helped guide Ferrari for the last 60 years, a lodestar for every subsequent model. It remains the greatest car made by the world’s most celebrated maker of fast and beautiful cars.

Numerous variations across the cars built include vents and rear wing. Disc brakes and an all-synchro gearbox helped make the 250 GTO a weapon.

250 GTO ideal whether you’re heading out for a sandwich or winning at Sebring. The front-engined GTO was still on sale even as the mid-engined 250 P and 250 LM heralded the future. Proportions live on still in cars like the 812 Competizione.