Restomods are an exciting development and modernization of classic cars. They have been around since the first hot rods appeared and have taken many forms being adopted by the aftermarket companies; as well as, some incredible one-offs being built in backyard sheds around the world.

More recently, restomods have evolved further and emerged as, essentially, new vehicles in their own right. We only need to look at the largest car manufacturers and their adoption of the restomod concept for “new millennium” versions of their original classics. Best of those are undoubtably the 2005 Ford GT retro version of the original late 1960s GT40, Fiats’ 124 Spider, the Mini Cooper, and, more recently, Renaults’ Alpine A110 – just to name a few. 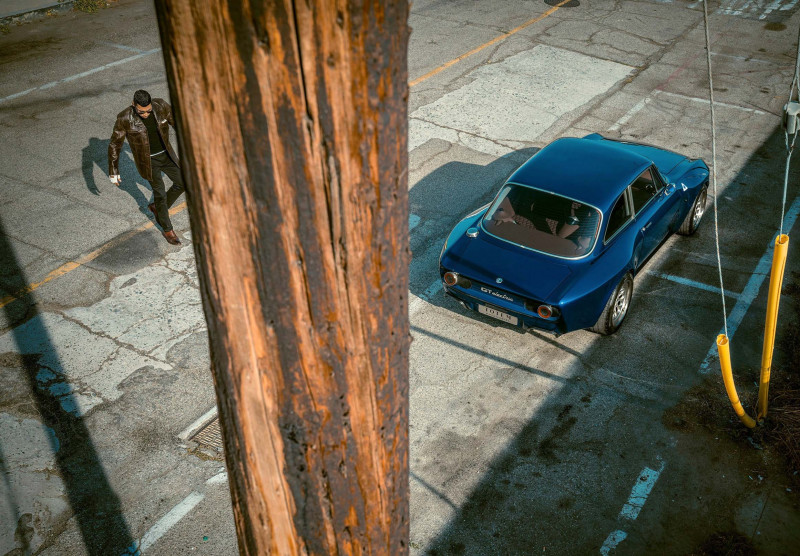 The restomod recipe is simple – take a classic car, restore it, and, at the same time, modify it to how it may look if it was designed today. Importantly, make it better in terms of the handling and the performance. Add creature comforts and inject the reliability expected for a modern vehicle. Therefore, the restomod concept is well defined; however, it has predominantly been performed with the transplanting of modern combustion engines. Totem Automobili has taken the restomod concept to the limit of current thinking and beyond with its release of their Totem GT: a fully-electric restomod of the classic 1960s Alfa Giulia GT.

THE RESTOMOD RECIPE IS SIMPLE – TAKE A CLASSIC CAR, RESTORE IT, AND, AT THE SAME TIME, MODIFY IT TO HOW IT MAY LOOK IF IT WERE DESIGNED TODAY. IMPORTANTLY, MAKE IT BETTER IN TERMS OF THE HANDLING AND THE PERFORMANCE. 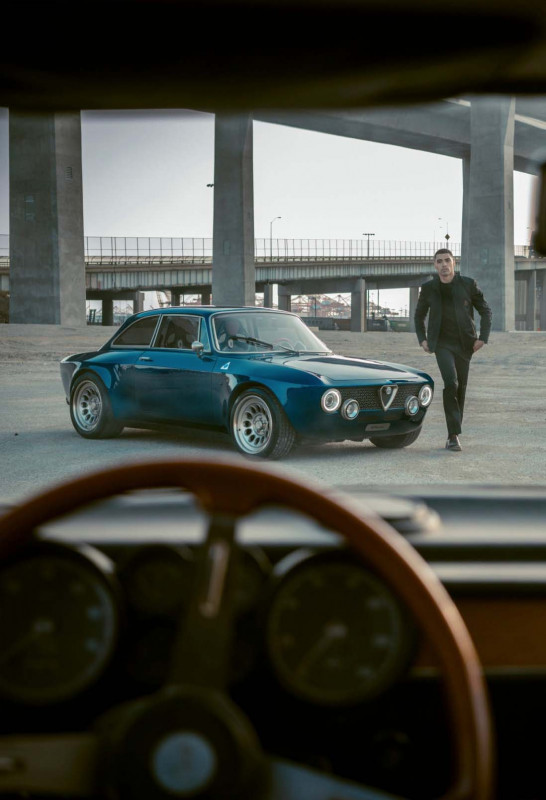 The Totem GT is the brainchild of Riccardo Quaggio: an Italian Car Designer who has worked for companies such as Honda and Alfa Romeo. Riccardo (or Richard) has always loved classic cars, “they have more passion inside; whereas, modern cars are designed from a marketing point of view: only to sell – there is no soul inside anymore”. Richard chose the Alfa as the platform for the GT based on his personal experience of owning a variety of Alfa models. “Alfas are important to me: I believe they were one of the best brands in the 1960s and 1970s, and very innovative. I currently own a yellow 147 and Giulia GT, of course. I like the Alfa styling: It is iconic and can be suitably modified – much like the 911. The Totem GT is a modern reinterpretation of the past.” 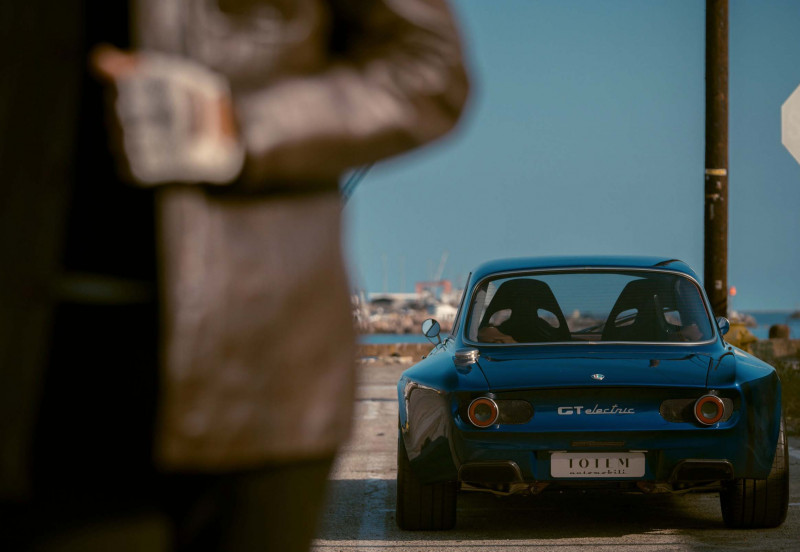 The inspiration for the design came from the 1960s Alfa Giulia GTA model. The “A” stood for Alleggerita and simply means “lightweight” in Italian. The GTA models were produced by Alfa’s racing division, Autodelta, and were a car developed for competition – while closely resembling the road-going version. Richard and the team at Totem Automobili have been faithful to the GTA concept: using light-weight materials to create the racing-like body style which you see here.

I LIKE THE ALFA STYLING: IT IS ICONIC AND CAN BE SUITABLY MODIFIED — MUCH LIKE THE 911. THE TOTEM GT IS A MODERN REINTERPRETATION OF THE PAST.

The first release vehicle from Totem Automobili will be based on a donor chassis from an Alfa Giulia GT which was part of the Alfa 105/115 series of coupes. This series was produced between 1963 and 1977; however, Richard and the team are focusing on the second series cars – the GT Junior 1300/1600 produced between 1970 and 1975. Once the donor vehicle is sourced, the conversion process starts with the disassembly and stripping of all the external panels. While being based on the Alfa Giulia, only five percent of the original car is kept – mainly some components in the chassis to simplify compliance. The new parts of the chassis are part carbon-fiber monocoque and part special steel, known as 15CDV6. 15CDV6 is a chromium-vanadium stainless-steel alloy supplied in tube form which is easily welded and has high strength-to-weight ratio. Richard’s use of light-weight materials and modern-suspension design in his Totem GT is comprehensive. “At the front axle, we designed new double wishbone suspension from billet aluminum; at the rear, we incorporated new double wishbones connected to a new rear subframe, that supports the electric motor and is inline with the rear axle.” 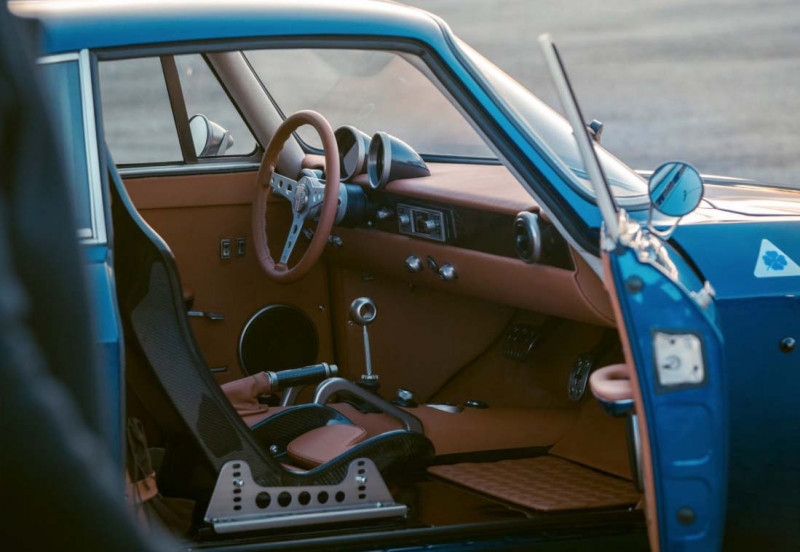 The newly-designed exterior panels are beautifully formed and create a stunning mix of old and new. Almost everything is carbon fiber here. A carbon-fiber roof, carbon doors, carbon bonnet and boot, carbon fenders, carbon wheel arches, and carbon bumpers: with an all-up panel weight of 209 pounds. There is no mistaking the DNA from the original Alfa is still visible; however, it is enhanced by a modern look with larger and more-purposeful dimensions. The lines are much cleaner with the relocation of the front and rear bumpers to behind the bodywork and LED lighting replaces old-style bulb and light panels to bring it all up-to-date.

Widened wheel arches enclose stunning race-inspire wheels – now wrapped in low-profile 40 series tires, that give the GT a stance which impresses from every angle. From the rear of the car, the view is the perfect mix of original details and modern influence. An integrated diffuser which hints of a distant Italian cousin enhances the race-ready look. 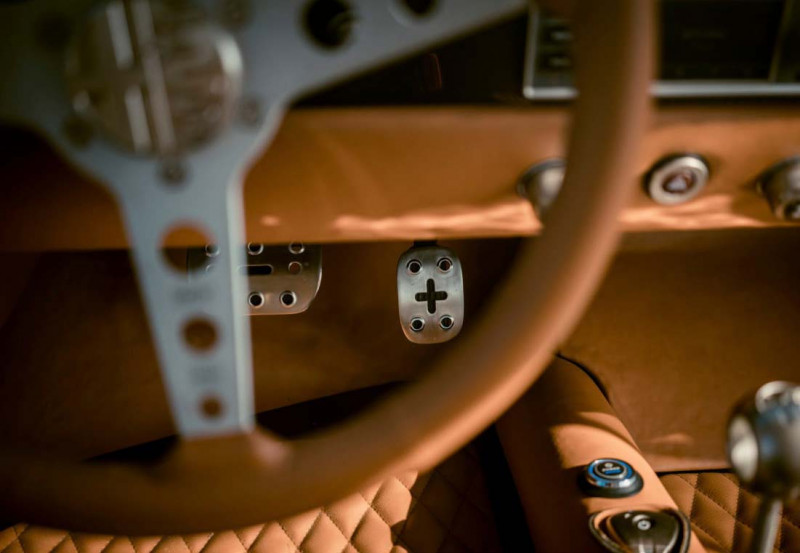 Open the bonnet and you discover the control unit and cooling systems which connect to the battery array stored under and behind the seats. The under-bonnet area is a work of art with beautiful aluminum components and stunning attention to detail. The engine is in the middle position just ahead of the rear wheels and weight balance front to rear is ideal. Also, the battery-pack case is constructed from aluminum and in a honeycomb formation for strength and weight reduction.

The interior is more of a departure from the original with custom seats, hightech minimalist dash, and a combination of luxury materials to give one no doubt that this is a significantly-higher quality product than the original Alfa it was based upon. This is a hand-crafted car after all. The Totem GT is significantly larger than the original. It is 5.5 inches longer, eight inches wider than the Giulia; however, it is 2.4 inches lower – creating its more purposeful stance. Incredibly, the car is a mere 640 pounds heavier, that is impressive considering the larger overall dimensions and battery array required. 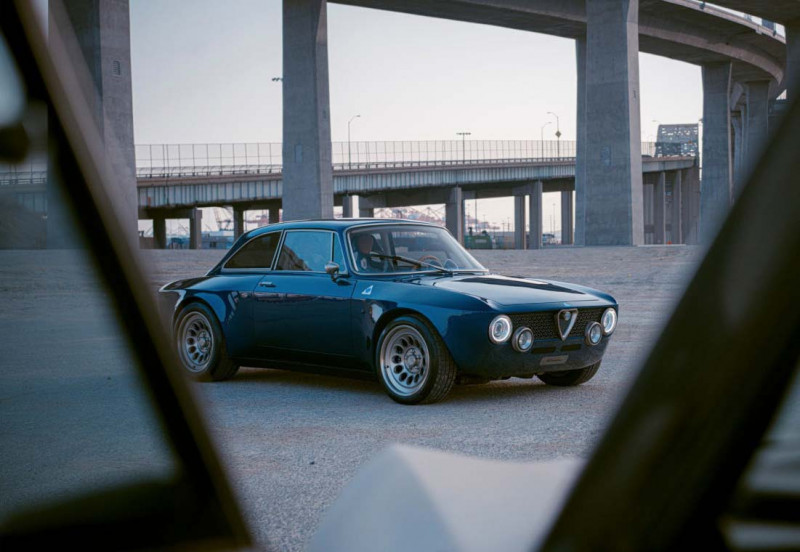 Totem Automobili is no backyard operation with an engineering team of 21, who are based in Turin, Italy, and a separate production team of nine Craftsmen, who are based in Venice, Italy. Nearly everything is produced by Totem Automobili – including the chassis modifications, the body panels, and battery packs. Collaborations with companies – like Sabelt for the seats and McFly technologies for the innovative sound system – are key to the high-quality final product.

The electric engine produces 518 horsepower, up to 811lbs-ft of torque, and electronic control allowing three efficiency settings from mild to wild. Power comes from a battery array, that is relatively light at 992 pounds. The battery cells are submerged in an engineered fluid which keeps the batteries at a constant cooled temperature allowing continuous power to the motor. The expected range of the Totem GT is around 250 miles.

Much thought went into designing the Electric GT to enable it to capture the soul of the original car. The car has a start button which, when pressed, unleashes the sound of a throaty race-inspired engine exploding into life. Then, the car settles into a lumpy sonorous idle indistinguishable from a cammed petrol engine. This is all made possible by a tailor-made external sound system which creates a combustion-like soundtrack matching the revs and performance of a combustion engine and pairs that to the driving style of the customer. 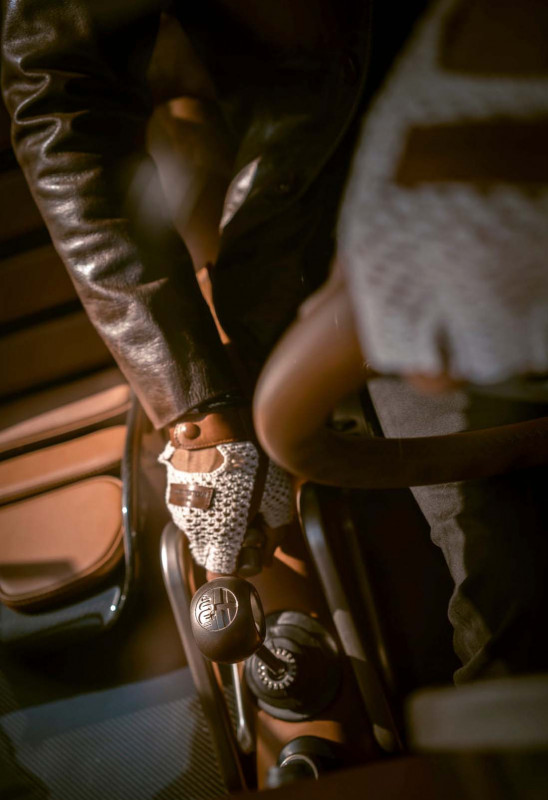 Innovation is everywhere you look. Inside, you might be surprised to see a conventional gear lever. This has been added to the electric car and shifting which sequentially, and cleverly, modifies the torque curve of the electric motor to simulate a conventional manual gearbox. Combine this with the external sound system and you have an electric car which revs up and accepts gear changes as a combustion-engine version would.

Performance of the GT is – pardon the pun – electric. With over 500 horsepower and a weight of around 220 stone, the acceleration is around three seconds for the run to 60 miles per hour with the Totem GT continuing to pull all the way to a top speed limit of 140 miles per hour. Electric powertrains are well known to provide maximum torque from standstill and acceleration is really only limited by tire traction, so the sophisticated launch control and traction systems built in are essential. A total of 20 Totem GTs are planned – with the first seven having been started in August of this year and delivery is expected in 2022. Each vehicle is customizable: the color of the car, interior finish, textures, and materials will reflect the spirit and soul of the customer. Custom technology, quality, and performance of this standard does not come cheap, and they are expected to sell for around $502,390.

The Totem GT is perhaps the best of both worlds and may well be the most advanced restomod of today. While I, like many of you, mourn the loss of the sound and Driver involvement of today’s typical electric vehicles, Richard and his team have focussed on preserving these soulful traits with the Totem GT – and giving me hope for the future.

Richard said that he is planning a new model launch later this year, so watch out for more from this innovate company. 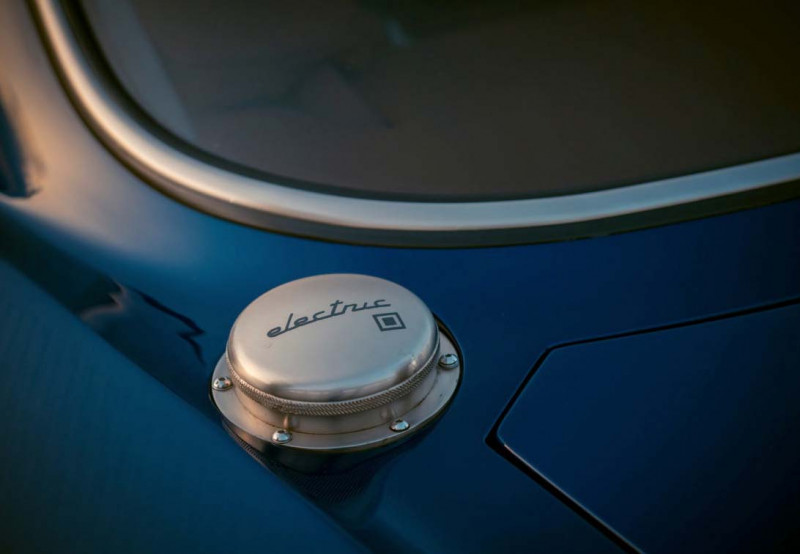 WITH OVER 500 HORSEPOWER AND A WEIGHT OF AROUND 220 STONE, THE ACCELERATION IS AROUND THREE SECONDS FOR THE RUN TO 60 MILES PER HOUR WITH THE TOTEM GT CONTINUING TO PULL ALL THE WAY TO A TOP SPEED LIMIT OF 140 MILES PER HOUR.