Porsche has whipped the covers off the new 99X Electric Gen3, which is heading straight into a new era of Formula E, kicking off in Mexico City on 14th January. The electric race car celebrated its world premiere at the Porsche Experience Centre at Franciacorta, Italy. Formula E’s Gen3 cars are the lightest, most powerful and most efficient electric race cars ever built. They’ve been specifically designed for wheel-to-wheel duels on tight street circuits in major cities, the environment Formula E traditionally contests its races. The overall concept of the 99X Electric Gen3 and the other cars participating in the championships new dawn constitutes a major evolutionary step each vehicle has shed weight and features a shorter wheelbase, along with narrower track. While the on-board battery has shrunk in size, it is much more powerful. Additionally, the proportion of recuperative energy has grown and aerodynamics have been enhanced. All told, Formula E.s Gen3 cars are quicker, faster and significantly more agile.

We’re delighted to be able to present the new 99X Electric Gen3, said Thomas Laudenbach, Vice President of Porsche Motorsport, when quizzed at Franciacorta. Our development team in Weissach has invested a great deal of work, experience, heart and soul into this race car. Everyone involved can all be truly proud of the result. Like the all-new Formula E generation as a whole, the 99X Electric Gen3 represents a technological milestone in all-electric racing. For Formula E and also for Porsche, campaigning these new cars is a significant step into the future of motorsport. We.re looking forward to the start of the season and a new racing era.. 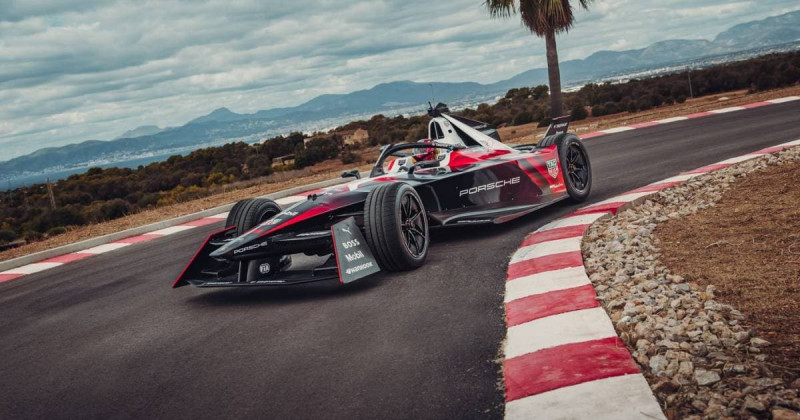 Florian Modlinger, Director of Porsche.s Formula E programme, echoed Laudenbach's statement. There’s a sense of excited anticipation as we head into the new season. Our team and our drivers, António Félix da Costa and Pascal Wehrlein, still have a lot of work to do ahead of the first race in Mexico, but we.re confident well make further progress before the start of the season and that we will be in a good position when the cards are reshuffled amongst competing teams. The new Gen3 vehicles, including the 99X Electric Gen3, will make races even more spectacular for Formula E fans, whilst boosting the popularity of the championship.

The intention behind campaigning Gen3 cars is to set new motorsport benchmarks in terms of performance, efficiency and sustainability. This is the goal stated by the FIA and Formula E’s series organisers. The 99X Electric Gen3 distinguishes itself from its predecessor in many areas. For example, performance increases from 250kW to 350kW (469bhp) on the rear axle. Arguably more impressive is the fact the 99X Electric Gen3’s electric motor achieves approximately ninety-five percent power efficiency. Compare this to forty percent for an internal combustion engine.

porsche 99x electric gen3porsche 99xporscheformula e2023
—
195
Write a comment
No comments yet. Be the first to add a comment!