A new ‘restomod’ based on the Alfa Romeo Giulia GT is set to house a modern 510bhp Giulia Quadrifoglio V6 turbo powertrain. The German tuner Emilia Auto has revealed details of its new project, called the Emilia GT Veloce, which pairs the classic 1960s coupe with a high-performance engine borrowed from the Alfa Romeo Giulia QV.

Developed in partnership with VELA Performance, under the bonnet sits a Giulia Quadrifoglio 2.9-litre twin-turbocharged V6 engine with 510bhp and 600Nm (442lb ft) of torque, mated to the QV’s eight-speed automatic transmission. No performance figures have yet been released. 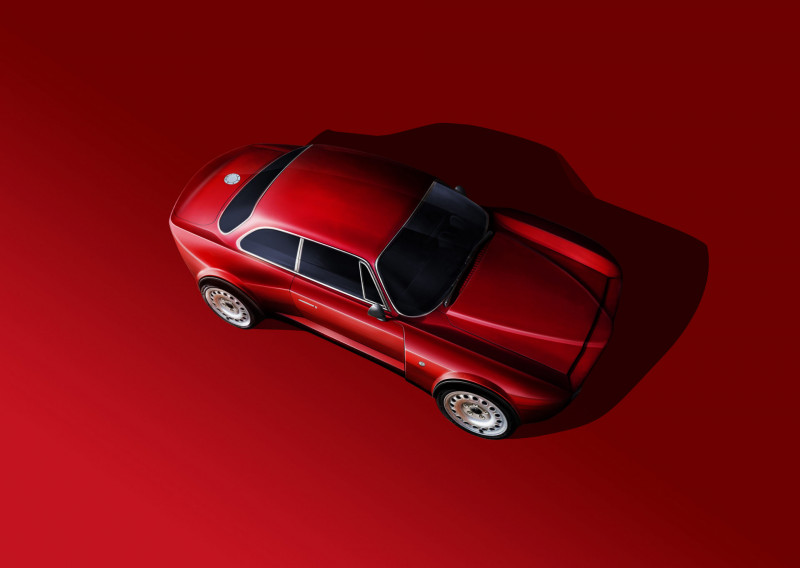 Other spec highlights include an electronically controlled limited-slip differential, adaptive power steering, 19-inch wheels (9in wide up front, 8.5in rear), Brembo ventilated discs made of a steel/aluminium compound, six-piston monobloc callipers up front and four-pistons at the rear. There will be independent suspension all round via double wishbones up front and a multilink rear, with axle components made of aluminium, plus KW coilover dampers.

Emilia will cut away most of the donor car’s steel bodywork, replacing the underbody with a bespoke spaceframe steel chassis on to which the drivetrain bolts. The spaceframe also replaces the factory bulkhead, engine cradle and rear subframe, while forming a basis for the integrated roll cage inside the cabin. The fuel tank is located in a protected area between the axles.

From the donor Giulia GT, only the glasshouse and roof remain in their original form. All new body parts will be constructed in carbonfibre, including the doors, bonnet, boot lid, wings and front and rear ends. Emilia says the new design has “a balanced approach to maintain the feel of the original, while updating the surfacing and lighting elements to something more contemporary”.

Among the changes are a bonnet with a power bulge to clear the V6, lines running towards the front of the Scudetto and a ‘step front’ character line. LED headlights echo the original Giulia in appearance but at the rear the look is much more modern, with U-shaped LED lights and a spoiler integrated into the bootlid. The wings are strongly flared, the front ones incorporating air outlets.

The interior will also be updated, with Recaro seats, modern instruments, state-of the-art stereo, air conditioning and gearshift paddles, although the traditional dashboard, wood-rim steering wheel and raised centre tunnel keep a classic feel. Colours, trims and finishes will be to the owner’s choice, while the fascia can be finished in carbon, aluminium or wood. The rear seats are eliminated to boost space for front passengers, the area behind the seats being given over to a roll cage and a leather-lined luggage space. 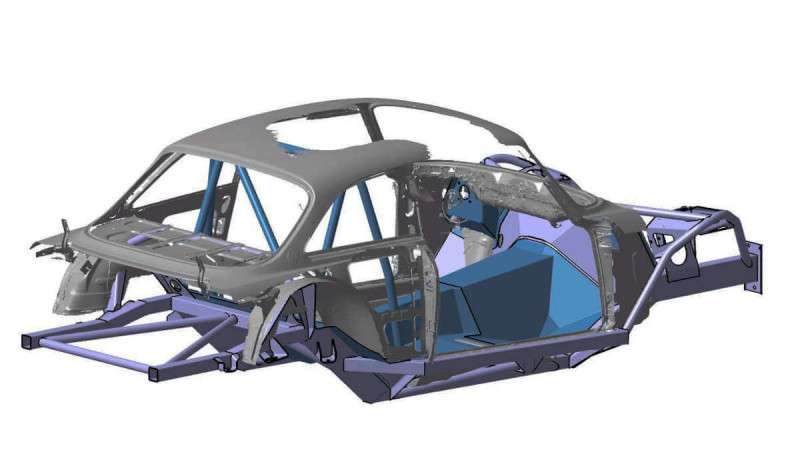 A total of 22 units of the Emilia GT Veloce are planned to be constructed in Germany for around £343,000 inclusive of local taxes. The first running prototype is scheduled to be completed by mid-2022, with the first.

alfa romeoemilia gt velocealfa-romeo
—
38
Write a comment
No comments yet. Be the first to add a comment!