The 70th Concours d’Elegance in Pebble Beach, California saw the Lamborghini Countach’s half century honoured with its own dedicated concours class. Eight Countachs were present, six of them owned by private collectors (three LP 400s, one LP 400 S and two LP 5000 Quattrovalvoles). 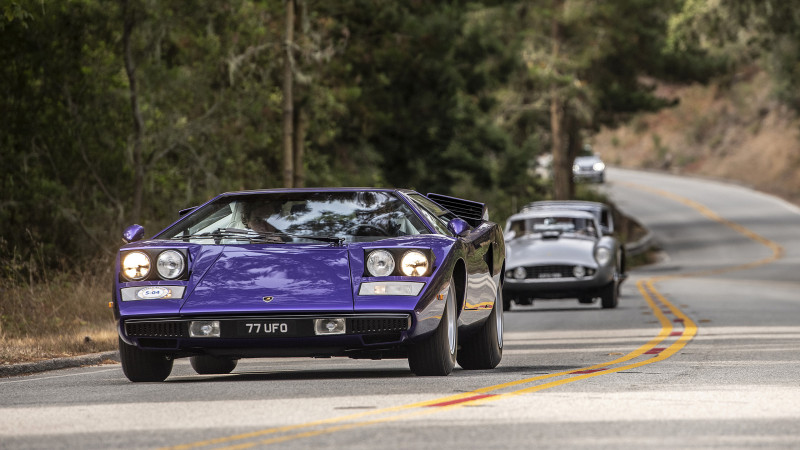 Two additional cars were brought by Lamborghini itself, but were not judged in the concours. These were the very first and the last Countachs manufactured. The first LP 400 (chassis 1120001) was unveiled at the Geneva Show in March 1973, initially painted red. After being used for development and magazine features, it was repainted in its current Verde Medio in time for the 1973 Paris, Frankfurt and Earls Court shows. It was found abandoned in a barn in Switzerland and purchased by Lamborghini in 2004. The very last Countach is a 25th Anniversary model (chassis KLA12085) which rolled off the line on 4 July 1990 (pic above right).

Also unveiled for the first time was the brand-new Lamborghini Countach LPI 800-4 (above), a new limited edition directly inspired by the 1971 Countach LP 500 (see last month’s Auto Italia for more). The new Countach has an 814hp 12-cylinder hybrid engine, and 112 examples are to be produced. 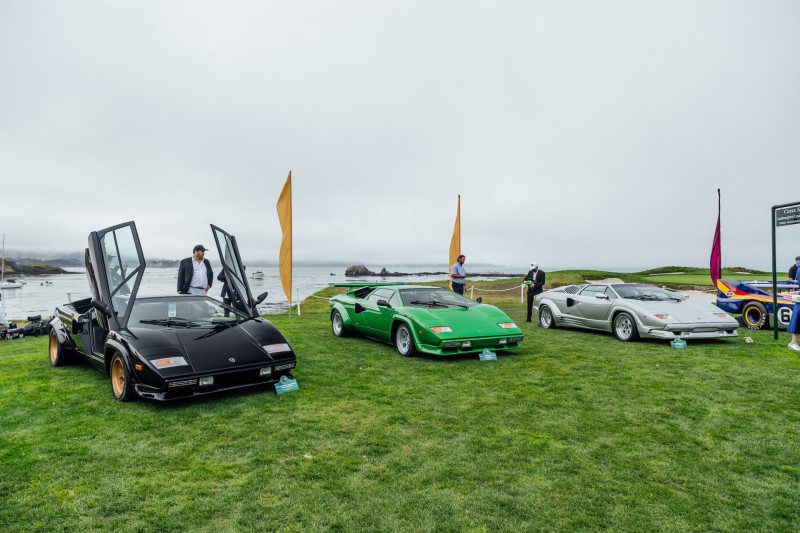