A one-off British-built custom Lamborghini Huracán has been unveiled with power raised from 610hp to a scarcely believable 1900bhp. The Rayo was conceived by 7X Design and debuted at the recent Concours of Elegance at Hampton Court, London.

Lamborghini’s V10 engine has been given a twin-turbocharged boost by Underground Racing. The resulting power output of 1900hp is enough for the company to claim a top speed target of 300mph.

7X has made extensive changes to the aerodynamics, with less drag and more downforce than standard. The coefficient of drag (Cd) is 0.279, compared to the standard car’s 0.39. The unique, Sport Orange-painted body has been engineered in carbonfibre by Coventry-based Envisage Group. The new panels fit on to the Huracán’s sub-structure without affecting the integrity of the monocoque, says 7X, enabling the car to pass IVA certification. 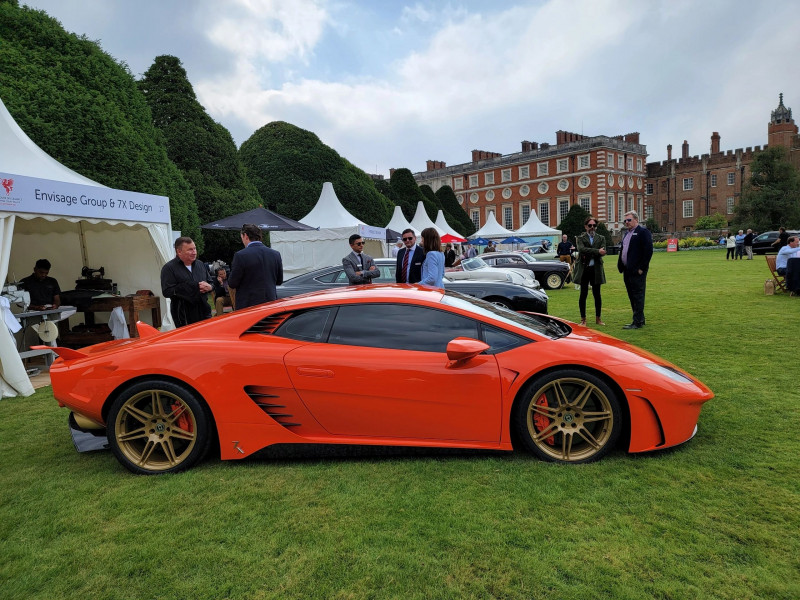