A Jaguar E-type Series 1 has been uncovered after spending the best part of 50 years in a barn. Only recently unearthed from its longterm resting place in Surrey, it is to be sold in March 2022 by H&H Auctions.

“It’s really interesting,” said H&H’s Andreas Hicks to CoventryLive, “once you see it in that state, and then when you uncover it, and to actually see the car as it is, you open the doors to the barn–- it’s the first time it’s seen sunlight in nearly 50 years.” The car was first registered to an R. Grawford of Grawford (Oaklands) Farm Ltd of Wood Farm, Cabrooke in March 1965. In June 1966 it was sold to a famous racehorse jockey and trainer of the day named David Thom.

The vehicle passed hands twice more before being sold to its current owner in 1971 who was then a young teacher. According to the tax disc still in the screen, he must have stored the car around 1973 or 1974 to replace the brake calipers and undertake some repairs to the bodywork. But other projects got in the way and the car, with just under 80,000 miles on the clock, ended up sitting there for almost five decades. When Andreas first saw the car it was covered in all sorts of junk. “When I got there it had a cover on it and it had bits and bobs all over it,” he continued to CoventryLive. “It had violins on the roof and there was a chair on the bonnet.” Andreas went on to say the car will obviously need a complete restoration now, but still reckoned the shell looked quite good. “I don’t think it’s overly rotten. The car will be for someone that wants to save it.”

The car will be auctioned on Wednesday March 16 at the Imperial War Museum in Duxford, Cambridgeshire. For further information visit www.handh.co.uk. 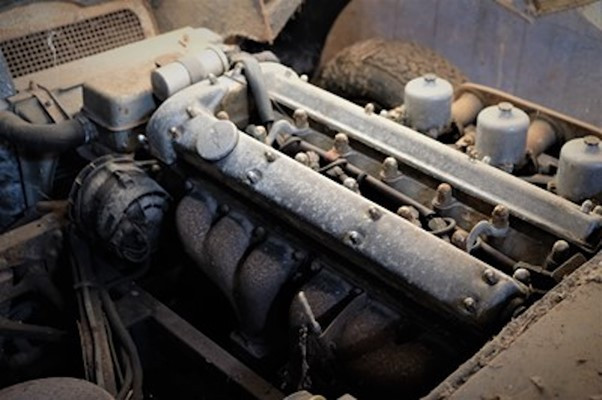 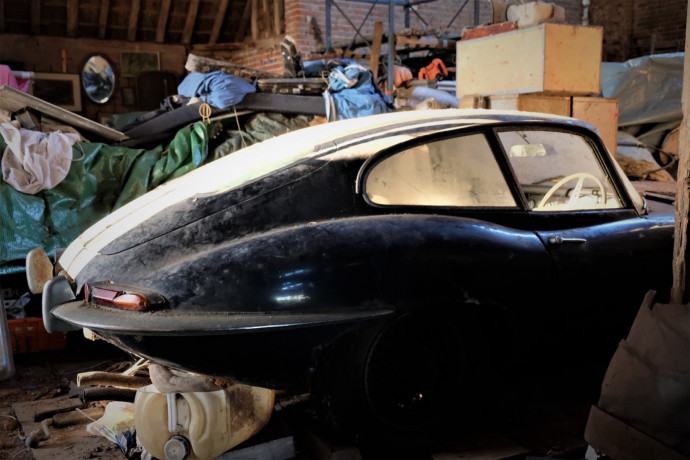 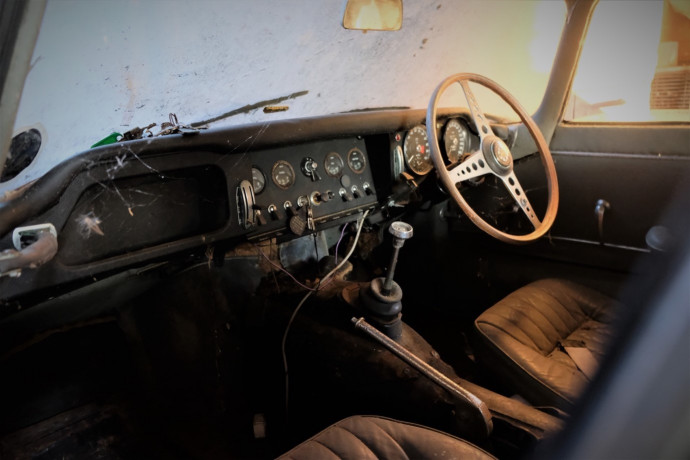 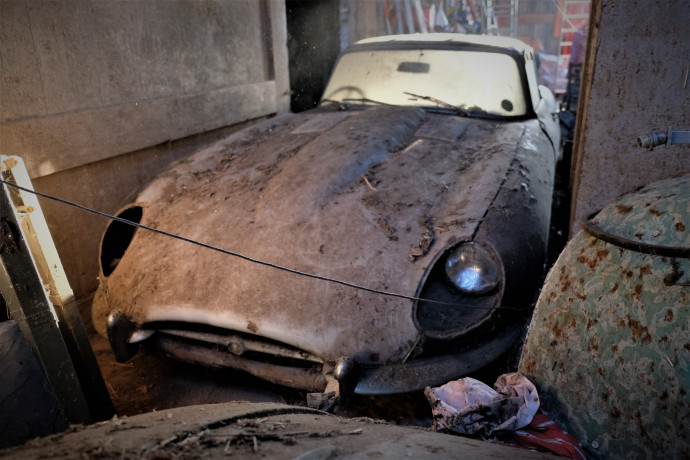