Low-mileage twin-engined rarity emerges from slumber – and sells for £128,000

Despite the cult following enjoyed by the Citroën 2CV Sahara, this example of this rare twin-engined oddity has remained hidden from collectors for some 50 years until it emerged for auction. 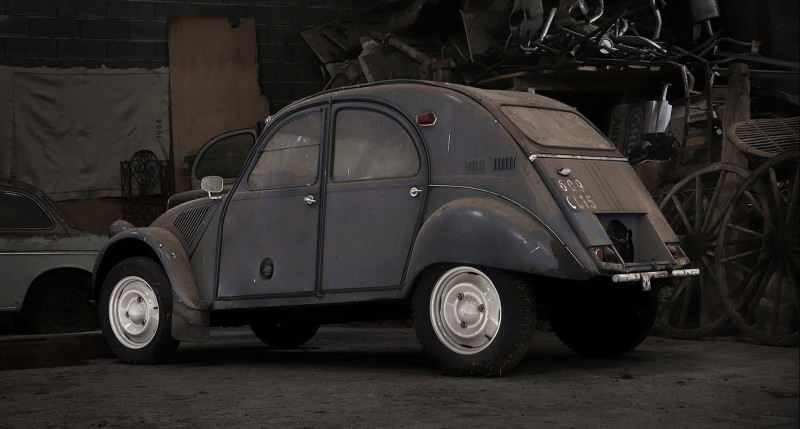 The car was ordered in 1965 by a successful businessman in the Cantal region of south-central France. He was a keen angler and asked his friend’s advice about the best way to reach the less accessible waters. This friend, the owner of a local garage, suggested a 2CV Sahara, which duly proved capable of towing a small boat almost anywhere the two friends chose to go. Equipped with a 425cc flat-twin at both ends, each engine with its own transmission, the car could be operated as fwd, rwd or 4wd, depending which engines you started. Only 694 were built between 1958 and 1966 and few survive, most having led short but exceptionally hard lives. When the owner died in 1976, his widow gave the Sahara to the garage owner, who used it for a few years before storing it away with only 28,137km (17,580 miles) on the clock. Presented with a thick layer of dust, it was sold by Aguttes in late March for a stunning €153,704 (£127,825). 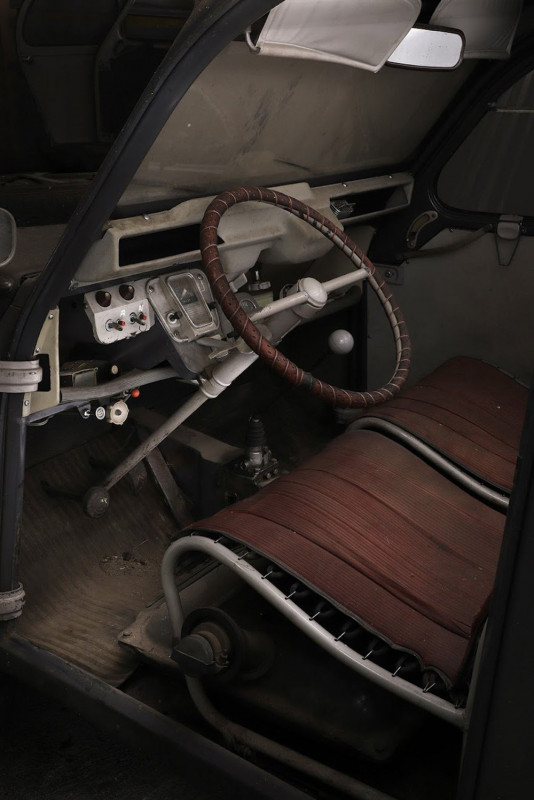 The French auction house had two more long-stored cars with remarkable tales to tell for its Mayday sale – a streamlined 1938 Panhard Dynamic and an armoured Cadillac. Aguttes’ Carla Ziegler explained, ‘The Panhard was requisitioned during the war by the Germans, then by the Allies, probably the 2nd Armoured Division, before being returned to its first owner. It was bought directly from the family of the latter while still a runner but hasn’t been on the road for perhaps 50 years. The Cadillac is a 1955 Series 62 that was a special order from the Argentine State under Juan Péron. It’s an armoured model with a gun carrier. Péron was overthrown before the car was delivered so we assume he never saw it. The Cadillac was imported to France in the Eighties and it has not moved since.’ Its heavy steel window frames are the best clue to the armoured bodywork, constructed for General Motors by Hess & Eisenhardt. 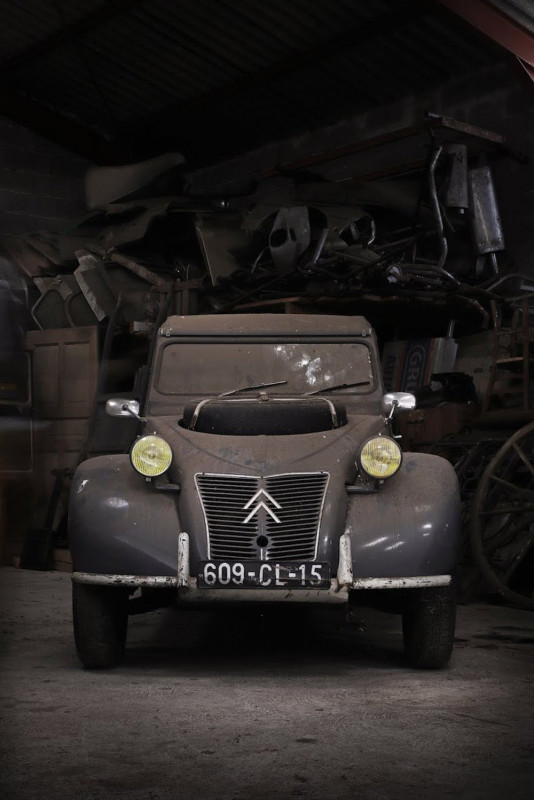