This year’s Goodwood Festival of Speed played host to a number of Porsche reveals — Nardone Automotive showcased its reimagined 928 S4 pre-production concept study (as detailed in last month’s article) and Singer Vehicle Design gave the UK its first real-world look at the company’s 930-inspired (but 964-based) Turbo Study. Meanwhile, Porsche took the covers off its 936 Le Mans Daytona hybrid (LMDh) race car, which, as its name suggests, is set to feature in both the FIA World Endurance Championship (WEC) and the IMSA WeatherTech SportsCar Championship.

The 963’s race debut is set to take place at the 24 Hours of Daytona in January 2023. In the meantime, the WEC has opened the door for testing as part of the upcoming world championship races this year. Porsche Penske Motorsport is aiming for a non-competitive dress rehearsal at the final round of the season in Bahrain this November. 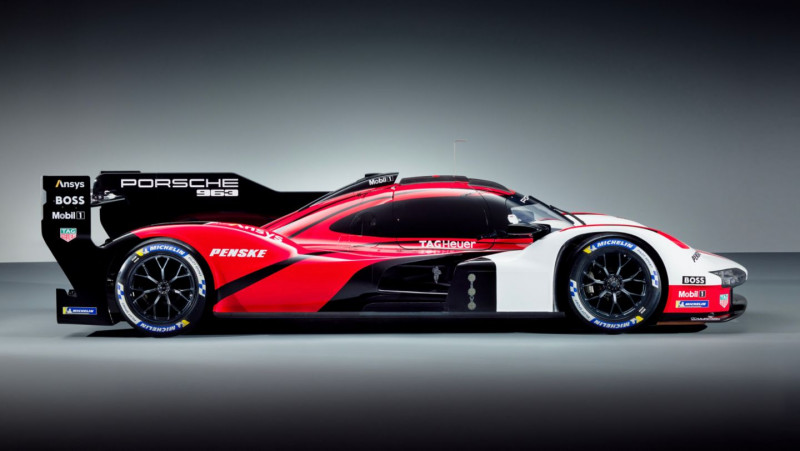 “We’ll have powerful driver crews in the factory cars,” says Urs Kuratle, Director Factory Motorsport LMDh. “The collaboration with our long-standing tyre partner, Michelin, and the chassis manufacturer, Multimatic, has been flawless, fuelling our expectation the 963 should be homologated this autumn. Until then, we want to make further progress with test drives and gain additional insight. We can hardly wait for the car’s first outing.”

Drivers selected for the 963 programme include works pilots, Kévin Estre, Michael Christensen, André Lotterer, Laurens Vanthoor, Matt Campbell and Mathieu Jaminet, as well as accomplished sports race car drivers, Dane Cameron and Felipe Nasr. In the initial development phase, Frédéric Makowiecki played a key role — during rollout at Weissach in January, the Frenchman drove the first metres in the 963 and also turned the first laps in the simulator. Driver announcements for races at Daytona, Sebring and Road Atlanta (Petit Le Mans), will be made in the coming weeks. 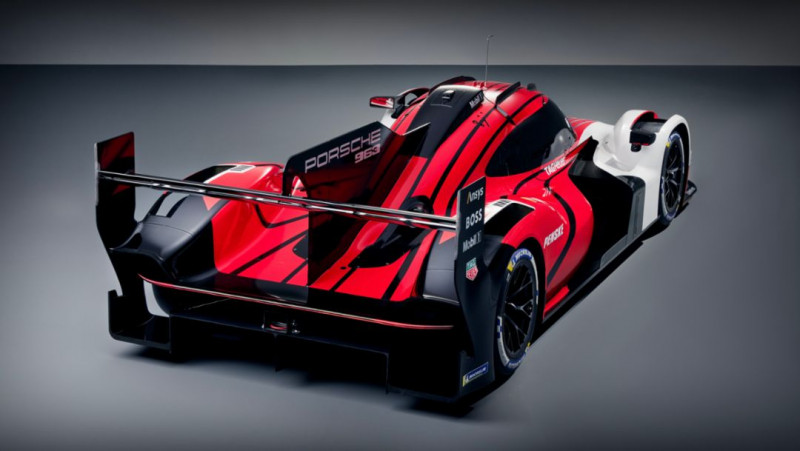 A total of four works 963s will be prepared at Porsche Penske Motorsport’s bases in Mooresville (North Carolina) and Mannheim (Germany), the latter set to be occupied by the team and its technicians in the autumn. In compliance with LMDh regulations, the 963 is based on an LMP2-category chassis newly developed and supplied by the Canadian composite technology company, Multimatic. Bosch, Williams Advanced Engineering and Xtrac contribute the new Porsche race car’s standard hybrid components.

At the heart of the powertrain lies a 4.6-litre twin-turbocharged V8. The engine is based on the MR6 combustion unit used during 918 Spyder production and can trace its DNA back to the 9R6 RS Spyder race car, built for LMP2 and used to great effect by Porsche and Team Penske to notch up many victories between 2005 and 2008. The overall design of the 963 takes influence from the 956/962 and, more obviously, the 919 Hybrid, though a nod to the current 911 range comes in the form of a fullwidth light strip at the rear.

In keeping with tradition, Porsche customer teams will be able to get hold of their own examples of the 963 when it becomes available to buy from the model’s first year of competition.