The great reinvention. Art deco EV reimagines the glam of the 1920s for Caddy’s future

Imagine if The Great Gatsby were rewritten for today, 100 years on. The world is an eerily familiar place: we’re on our way out of a brutal pandemic, we’re partying harder than we have in recent years, the rich are getting richer, yet we’re on the brink of recession. In this hypothetical modern version of the story, and given the environmentalism intertwined into modern life, Jay Gatsby might drive a Cadillac Lyriq. 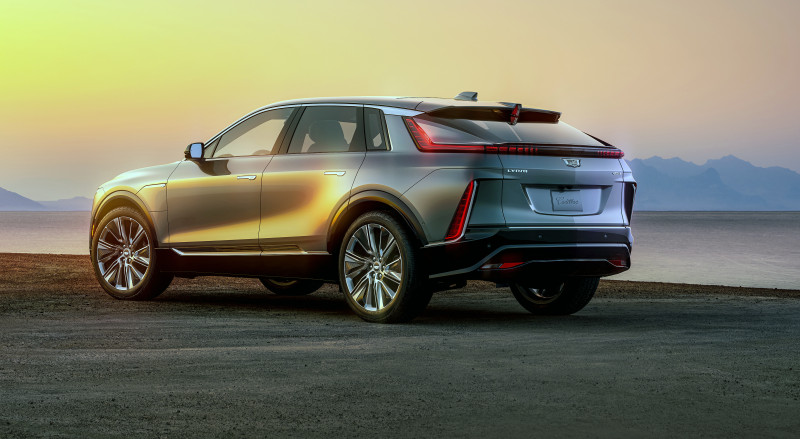 You see, Cadillac’s had to rewrite its entire rulebook even if, in many ways, the wider world is echoing the Roaring Twenties. As all of GM electrifies, using the new Ultium platform, the first EV from Cadillac gets the job of overhauling the brand’s entire look, feel and proposition for this new age. 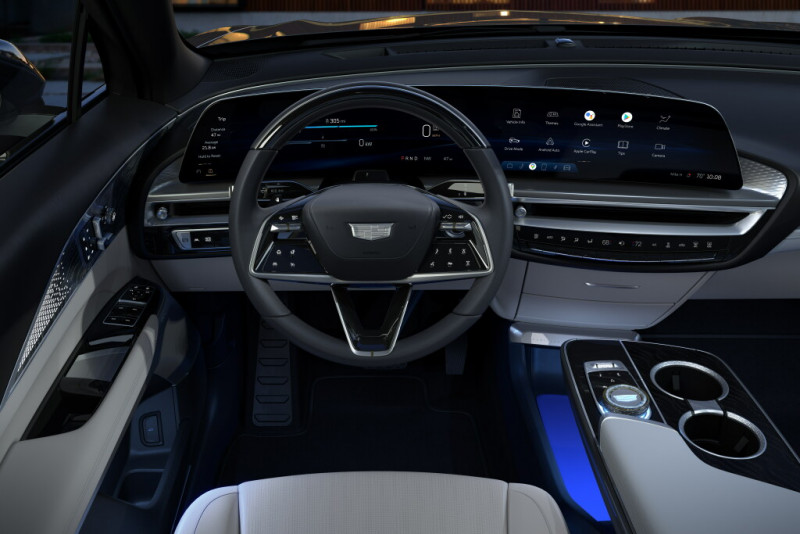 I mean, look at it. This is a production car with all the drama of a concept car: slim headlights, flush door ‘handles’ (basically buttons that make the door pop open), and a peppering of art deco elements such as the finely detailed front-end motif. It’s classically styled inside, too – but with a pinsharp curved screen like the one in the BMW iX, a cantilevered centre console like a Hyundai Ioniq 5, and Tesla Autopilot-rivalling semi-autonomous driving tech. 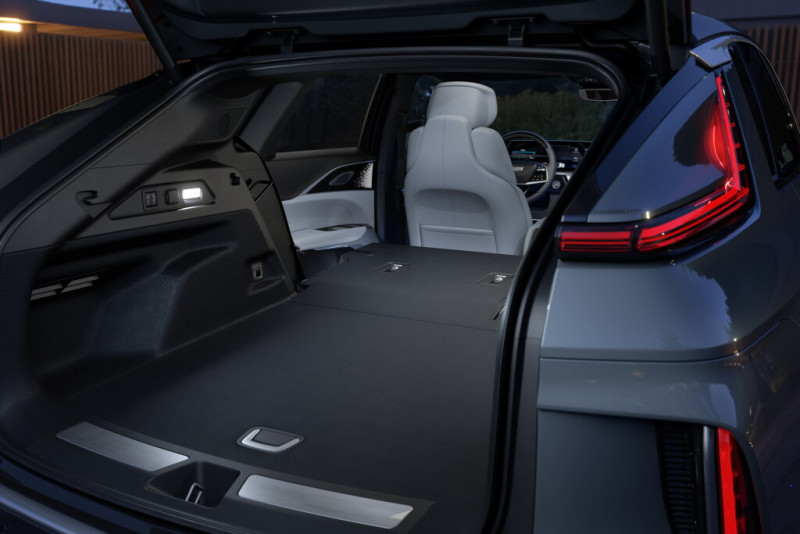 And Cadillac’s gone to great lengths to dispel the stereotypes that American cars are eye-catchingly chintzy at a distance but feel hollow close up. Instead, the Lyriq is solidly built and trimmed with impressive attention to detail.

But some stereotypes refuse to budge. And this very much drives like you’d expect of a Cadillac, in a good way. Over surfaces that combine deep potholes and big lumps, the Lyriq almost makes you doubt they’re really there. It’s more than powerful enough to feel sprightly when you accelerate, accompanied by a choral whoosh, and it’s tremendously quiet in here. 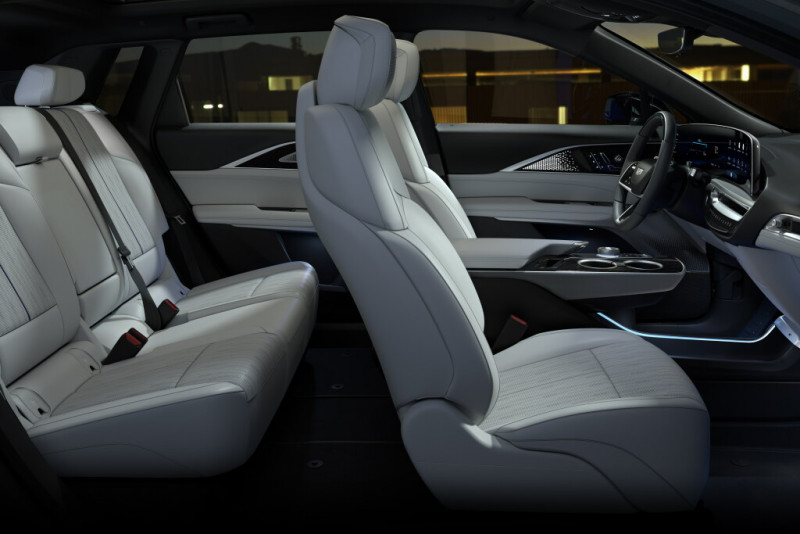 The downside is it feels big and, more importantly, heavy; a car to drive on its door handles, the Lyriq very much isn’t. The steering is extremely light and rather inert – you can tell it’s designed for low-effort, low-feedback engagement, making the Lyriq much more of a highway cruiser and suburb prowler than a back-road brawler. And if you’re a bit brave with your corner entry speeds, it’ll tilt from side to side like a yacht in a storm.

Why should you care? Cadillac doesn’t really have a presence in Europe, right? Well, that’s going to change. North American customers are getting their cars now (and the Lyriq’s pre-order list is packed to the rafters), but GM also plans to re-enter Europe with a load of new EVs in the next year or two. The Lyriq is highly likely to be one of the cars making the European cut, and if so it’ll be rubbing shoulders with the BMW iX and Audi e-Tron SUV. 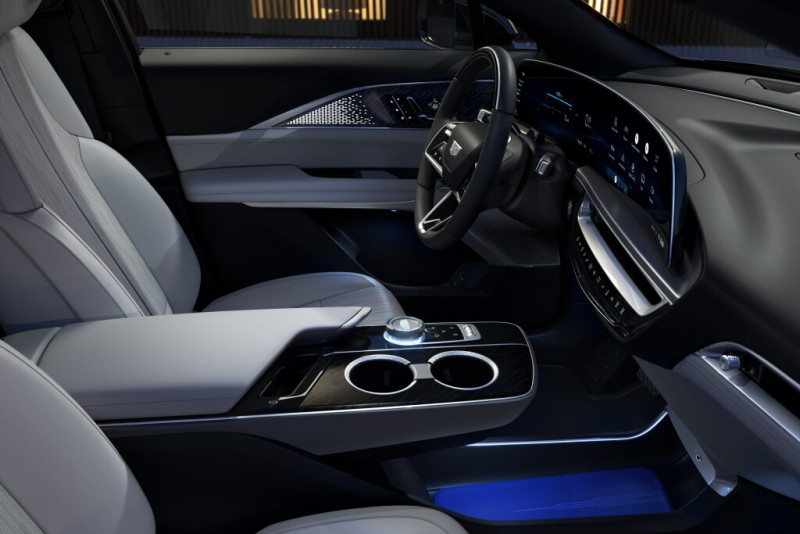 Will it work in Europe? The Lyriq’s about as big as is considered socially acceptable for Europe’s tastes (and its skinny roads and parking spaces). But it’s an EV to take seriously. It offers as much refinement as a Mercedes EQE; maybe even more. It’s as tech-laden as BMW’s wacky-looking SUV. And it’s styled like nothing else, making it a great way to stand out at the party.

As first EVs go, Cadillac’s is a good one. Refined, comfortable and of-the moment. But it’s definitely just a cruiser ★★★★★

MINUS ▼ Not a driver’s car; heavy; odd

Why should you care? Because GM plans to re-enter Europe with a load of EVs, and this is likely to be one of them

Europeans should get used to seeing this face.

Article type:
Review
2023 cadillac lyriq2023cadillac lyriqcadillacgeneral motors
—
194
Write a comment
No comments yet. Be the first to add a comment!