A semi-official, V10-powered attempt to revive the spirit of the Lancia Stratos

Many attempts have been made to create a modern vision of the Lancia Stratos, most of them rather predictable and unimaginative. The Sbarro Ionos was a bit different, though, since it involved Lancia’s own design department. 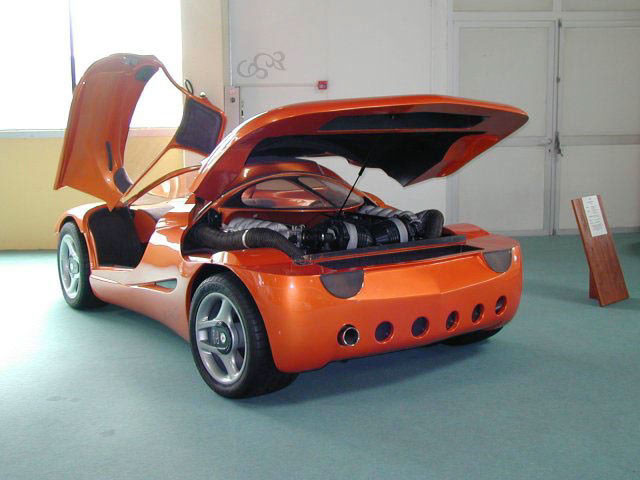 Having collaborated with Alfa Romeo in 1996 on the Issima , one year later the Swiss design rebel, Franco Sbarro, had a conversation with Mike Robinson, head of the Lancia’s styling centre, about a new co-project: nothing less than an homage to the 1971 Lancia Stratos. 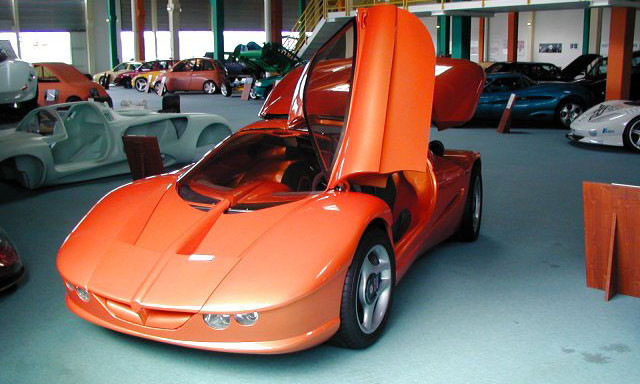 Students of Sbarro’s design school were invited to come up with styling ideas. During the design process, there were supervisory visits from several Fiat Group luminaries, among them Mike Robinson, Walter de Silva, Mario Favilla and Ermanno Cressoni. “We didn't just take Lancia styling cues into consideration, but the whole design approach as well,” commented Ermanno Cressoni, director of Fiat Advanced Design. “Anyone familiar with Lancia styling cues can find them reinterpreted in the Ionos, anyone not familiar with them will in any case see a new, fundamentally coherent way of saying Lancia.” 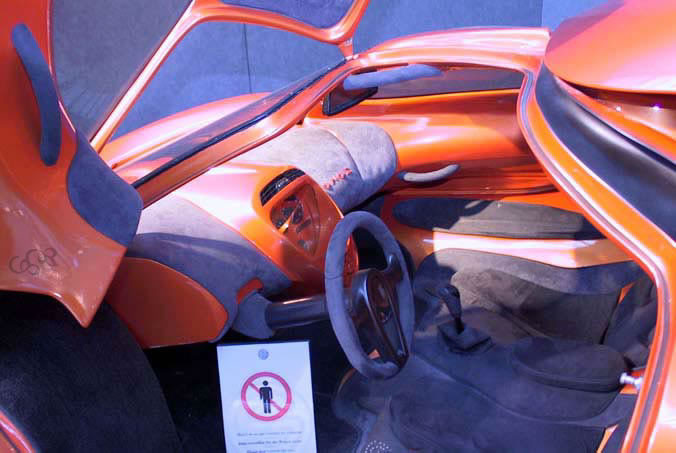 The original Stratos’s ‘helmet visor’ glasshouse shape was reinterpreted, with a glass bubble appearing to be ‘swallowed’ by the rear bodywork. The straked engine cover was another reference to the original Stratos. A kind of central backbone ran the length of the car, from nose to V-shaped tail, while side air intakes channelled air to two Lancia Kappa radiators. Natty asymmetrical wheels were designed by Antonio Latella and Danilo Rottigni, featuring a carbon centre cover, and were made by Cromodora.

Now to the star of the whole piece: the engine. This was a V10 – or ‘A10’ as Sbarro liked to call it, since the cylinders formed an inverted ‘V’. This powerplant was arrived at by joining together two 2.4-litre Lancia Kappa five-cylinder units. In between the upside-down ‘V’ was the gearbox – a six-speed Porsche unit – while Porsche also supplied the four-wheel drive system and front differential. The Brembo brakes were to Alfa Romeo DTM racing spec.

Underneath it all was a Sbarro ‘Dual-Frame’ chassis. Just like the original Stratos, the wheelbase was very short (2270mm), while the Ionos measured only 3600mm long, 1800m wide and 1100mm tall. With its composite bodywork, weight was kept down to 1100kg.

Given the 480hp power output claimed by Sbarro, this should have been quite some performer – Sbarro mentioned a top speed of 186mph. The Stratos link explains the Ionos name, which was suggested by Ermanno Cressoni in reference to the ionosphere (i.e. the layer above the stratosphere – clever, huh?). The prototype milling was conducted at Lancia’s own Centro Stile in Turin, ready for the car’s debut at the March 1997 Geneva Show. Like almost all Sbarro projects, the Ionos was only built strictly as a showcase for his students with no production run in prospect; it remained an intriguing one-off.

Article type:
Review
1997 sbarro ionos1997sbarro ionossbarrolancia
—
357
Write a comment
No comments yet. Be the first to add a comment!