Billionaire Top Trumps The Super Sport is exceptionally fast – of course it is. But it also somehow retains the regular Chiron’s drive-all-day civility.

In the 1985 French GP, with F1’s turbo era nearing its peak and his 540kg Brabham-BMW BT54 making 1100bhp in qualifying trim, Marc Surer went through the speed trap at the end of Paul Ricard’s 1.1-mile Mistral straight at 210mph, setting a new record for the highest speed recorded in a GP. Last month, in a luxurious road car weighing four times as much, I comfortably hit 217mph on the same straight. Have we now reached peak engine? As the major manufacturers wind down or cease their development of internal combustion engines, there’s a fair chance the Bugatti Chiron Super Sport will stand as the most powerful ever combustion-engined production car, certainly from a major manufacturer, and possibly the fastest-ever too. 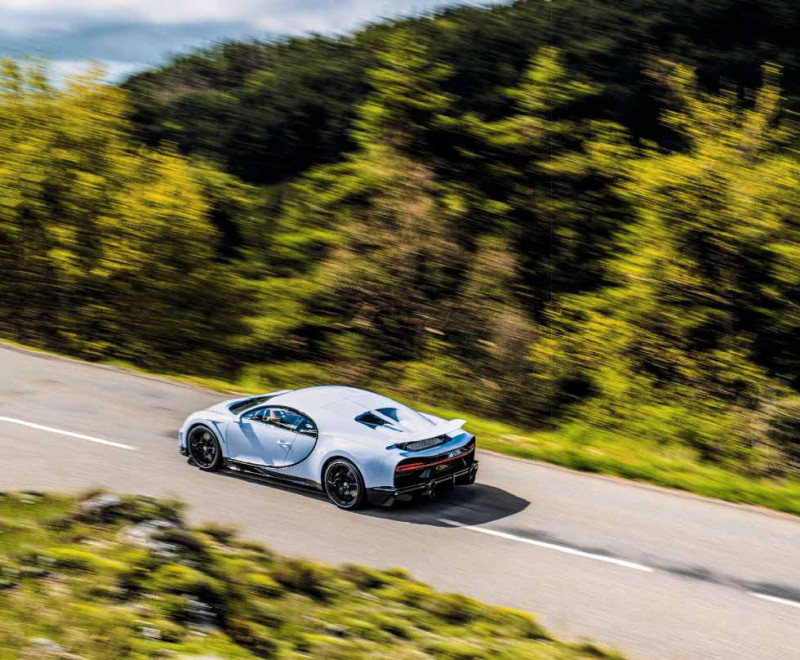 But forget about the billionaire Top Trumps, and focus instead on the car. It is a spectacular technical achievement, but there’s also a faint sadness about it. Not because it’s a swansong for petrol engines, but instead because its team of brilliant engineers, designers and aerodynamicists have endlessly rethought and refined every radius and vent and blade to get this vast car through the air at currently unparalleled speeds and with the same safety and stability as VW demands of a Golf, yet few if any owners will ever get close to experiencing what they’ve made possible. Their achievement is amazing, but almost entirely academic.

I don’t want to denigrate the efforts of the engineers, but the Super Sport’s additional 98.6bhp was bought fairly cheap by bolting four larger turbos to its 8.0-litre W16 engine. The rev limit has been raised by 300rpm to 7100, with peak torque of 1176lb ft now available between 2250 and 7000rpm, rather than 6000. Top gear is now 3.6 per cent longer. The suspension has been stiffened slightly and the adaptive damping, ESC and steering maps have all been tweaked for better high-speed stability. Michelin has developed bespoke Pilot Sport Cup 2 tyres for the car, rated to 310mph (another record), and which were run on the rig created to test Space Shuttle tyres to be sure they could withstand the 5300g generated at their circumference at that speed. At v-max, the 44-gram tyre pressure monitors that sit in the wheels each weigh as much as two men.

The aero changes are perhaps the most impressive, able to get a car shaped like a wing through the air at way beyond airliner take-off speed, while keeping the car’s own wing flat on the deck to cut drag. The front end has been artfully sliced, drilled and radiused to make the passing air cleave to the body in a perfect laminar flow. Nine holes atop each front wing relieve pressure in the arches, but also reference the EB110 Super Sport, which had 1000bhp less. At the back, the Super Sport gains a striking new long-tail configuration, with an exuberant carbonfibre moulding adding 25cm to the length, cutting drag by keeping the air attached for longer and reducing by 44 per cent the vertical ‘tear-off’ area at the very back where the air finally departs and goes turbulent. It also enables a longer underbody diffuser – the longest on any production car, designer Frank Heyl claims – with the exhausts now stacked vertically to give the diffuser more surface area. 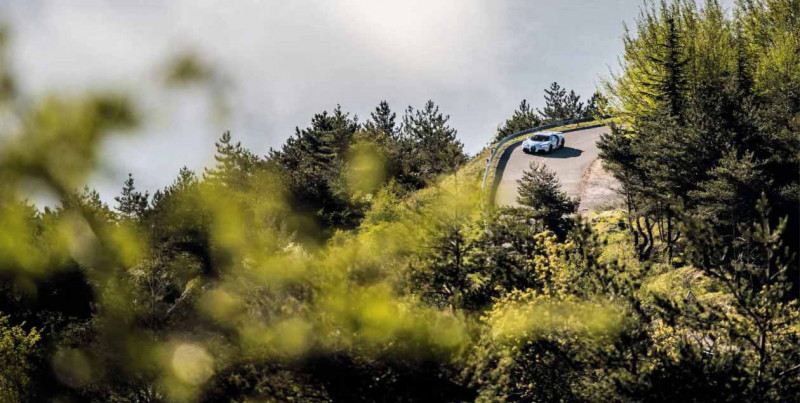 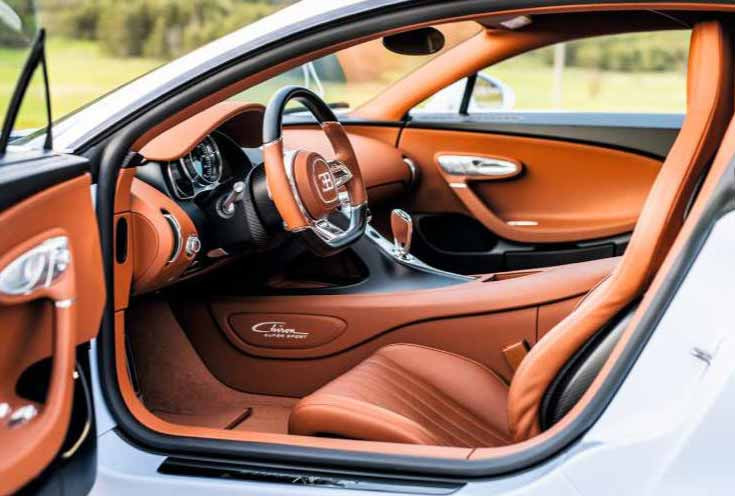 But despite its bonkers top speed, that’s not where it was meant to be driven. The Super Sport is as luxurious and long-legged as the standard car, but with near unanswerable power and speed. You can cross continents comfortably in this thing, and although the Pur Sport is sharper, the Super Sport still shrinks around you and jinks into corners like a car of two-thirds its mass. It’s not just a dragster: it’s driveable, docile when you need it to be, and fun. And there are moments, even on the hilly roads around Paul Ricard where the tell-tale indicators on the Super Sport’s central console will later confirm that you used all the power, even for a moment.

But if you actually want to feel more than fleetingly what you’re getting for your €3.2m (£2.7m) before taxes, you need Ehra-Lessien, the VW test track where Andy Wallace hit 304.8mph in a prototype Super Sport. Even on the Mistral straight you only glimpse it for a few seconds. In a wholly unscientific test, I exited Turn 7 in both the Pur Sport and the Super Sport and stayed flat until roughly the same, conservative braking point. The tell-tales told me I’d used all the power and all the revs in each car, but with a peak speed of 206mph in the Pur Sport, to the Super Sport’s 217mph.

So there it is: the usually academic difference that the manufacturers bicker over and billionaires pay for but few ever witness. It doesn’t feel academic when you do it: it feels very real and bloody serious. The power is overwhelming and the speed seems to swell inexorably and was nowhere near relenting, even way beyond 200mph. The physical sensation of being accelerated that hard for that long begins to freak out your inner Neanderthal, but rationally you know that you are nowhere near your car’s limits, that it is tracking straight and true, that when you hit the brakes the wing will stand up in its air-brake position, pull the centre of pressure back and allow you to bury your foot. You keep reminding yourself that those engineers back in the pits have signed this madness off.

And oh man, the noise. A little disappointing in normal use, the Chiron is just thunderous when you finally get to hold it wide open for any length of time. If this is the swansong for the petrol engine, it’s delivered in the deepest basso profundo, and we’re going to miss it.

A titanic but largely irrelevant achievement. To paraphrase a famous CAR cover from the ’70s: ‘273mph – but where?’ ★★★★★

The Super Sport is as luxurious and long-legged as the standard car, but with near-unanswerable power and speed

The noise is a little disappointing in normal use, but just thunderous when you finally get to hold it wide open

PLUS Extraordinarily rounded for a car of such power and speed

MINUS Price, obviously, and power difference is hard to discern