The rarest Alfa 6 variant of them all: the fuel-injected South African 119i

OBSCURATI CURIOSITIES FROM THE AMAZING WORLD OF ITALIAN CARS

Alfa Romeos have often been offered in strange variants around the world, and they’ve also received different names. For instance, the Alfa 164 was rebadged as the 168 in China for numerologically superstitious reasons. The 119i you see here is an Alfa 6 renamed for entirely logical reasons – Tipo 119 was the internal code for Alfa’s big saloon. The 6 was Alfa’s 1979 attempt to rejoin the executive car class that it had abandoned 10 years earlier when the 2600 left production. 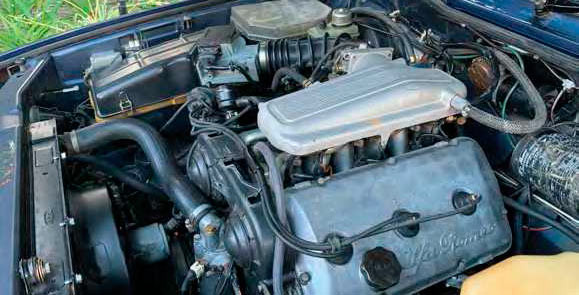 One of the rarest production Alfa Romeos of all time, the 119i was a uniquely South African variant. The local Alfa Romeo offshoot there was facing a challenge on the race tracks at the time, since larger-engined BMWs and Fords were trouncing the GTV 6 in Group 1 racing. Alfa’s fuel-injected 2.5 Busso V6 was great in the road car but for competition it desperately needed more capacity, torque and tuneability.

The Alfa 6 was also a problematic car in South Africa (you could say the same for every other market, too, frankly). The main issue was that its 2.5 Busso V6 came with no fewer than six Dell’Orto carburettors, which were a nightmare to balance correctly, while South Africa’s often low-quality fuels added to the engine’s reliability issues. In short, the Alfa 6 really needed fuel injection, while the GTV 6 needed a bigger engine with carburettors.

Alfa Romeo’s racing division in South Africa saw an opportunity. As we’ve detailed in this magazine before (see our June 2021 issue), the South African GTV 6 was homologated with a unique 2934cc V6 engine, actually engineered by Autodelta in Italy and featuring a longer stroke, bored-out pistons, larger valves and new crankshafts. It also had – and this is where the Alfa 6 comes in – six carburettors, since Alfa Romeo South Africa had concluded that carbs worked better than fuel injection at high-altitude race tracks such as Kyalami.

The cylinder heads and sixcarb set-up for the GTV 6 3.0 were essentially stolen from the imported right-hand drive Alfa 6s. The big 6 was then fitted with the 2.5 V6 Bosch fuel-injected engines that came out of the 2.5 GTV 6. In this form, the car received a unique name: 119i, after the Tipo number and the fact that it had fuel injection. The 119i featured quite a few changes in the cabin over the European car. Among these was a roof console that extended all the way from the front to the rear passenger area, plus fancy wooden inlays for the door panels. Externally, the differences consisted of a rubber spoiler placed on the trailing edge of the bootlid and special ‘119i’ badging.

The 119i as sold in South Africa came with ZF automatic transmission and a limited slip diff, although it is thought that the South African concessionaire also imported a handful of left-hand drive Alfa 6 saloons with manual transmission.

It is estimated that only 230 examples of the Alfa Romeo 119i were ever built. The car you see in the photos was up for sale in South Africa at the time of writing at a price of £15,500 landed in the UK. For such a rare slice of Alfa history, that doesn’t sound expensive to us.

This car was with cool rear susspension system