Ford Heritage: With his previous Mk1 Granada purchase proving to be a no-go, Trevor Hardy wasn’t taking any chances with this rare Estate, and luckily it’s proved to be even better than he hoped.

Trevor Handy has been surrounded by big Fords all his life, though some he’d happily admit were better than others. When the opportunity arose to purchase this cossetted and very rare Mk1 Granada Estate 3-litre GL Trevor just couldn’t resist, and he now ranks it among the best blue oval-badged cars he’s had the pleasure to own. 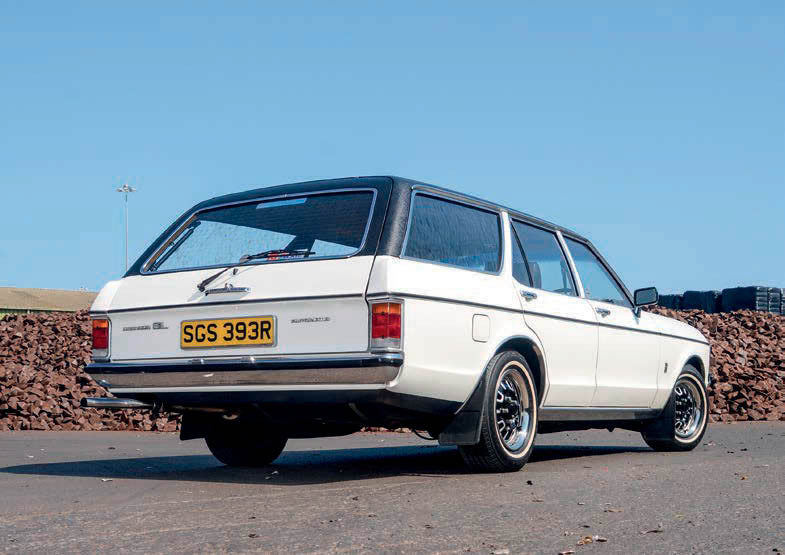 Trevor’s longtime connection with the blue oval began when he was in his early teens back in 1968. “My uncle Sam turned up at our house one day in a maroon and grey Ford Consul complete with the obligatory front sunvisor,” he remembers. “It would have been quite new at the time, and I couldn’t stop looking at it!” Uncle Sam was only too happy to oblige in taking his nephews for a quick spin in his new Consul and this seemingly minor event would end up having a lasting impact on Trevor. “From that day on I’ve always had a passion for Fords, especially big Fords,” he smiles.

“I HADN’T CONSIDERED AN ESTATE BEFORE, BUT THE RARITY OF THIS MODEL HELD A CERTAIN ATTRACTION” 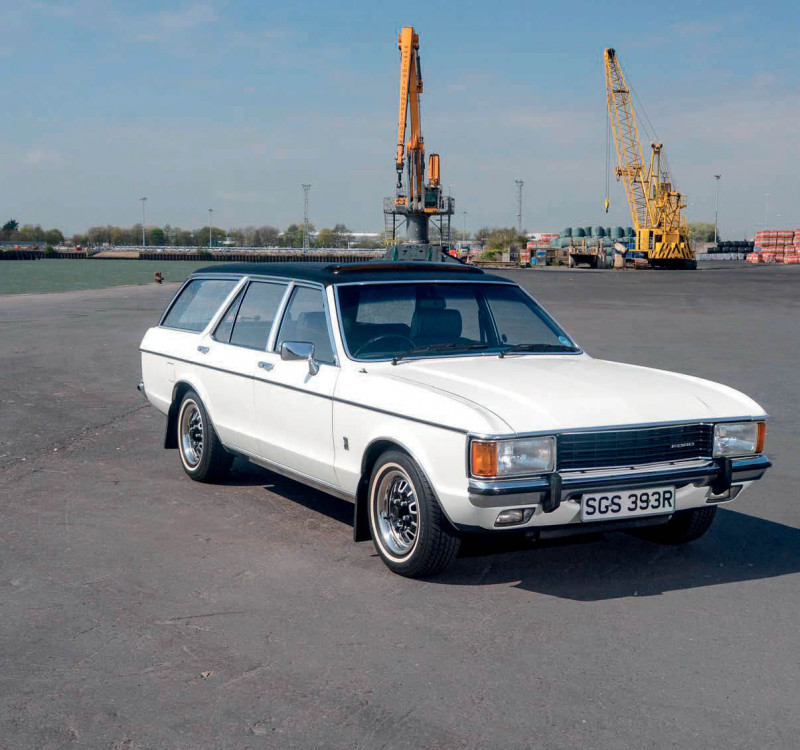 Once he’d reached the age of 17, Trevor began taking driving lessons, predictably specifying an instructor who owned a Ford, “I had chance to learn in a brand-new Mk1 Escort 1300 in white and I felt I was the king of the road,” Trevor laughs. “Once I’d passed my test, I bought a 1966 Anglia for £125.” Despite its relatively youthful age at the time, the Anglia was already beginning to look rough around the edges and soon Trevor moved on to his own Mk1 Escort while more recently he’s worked his way through a succession of Mondeos. 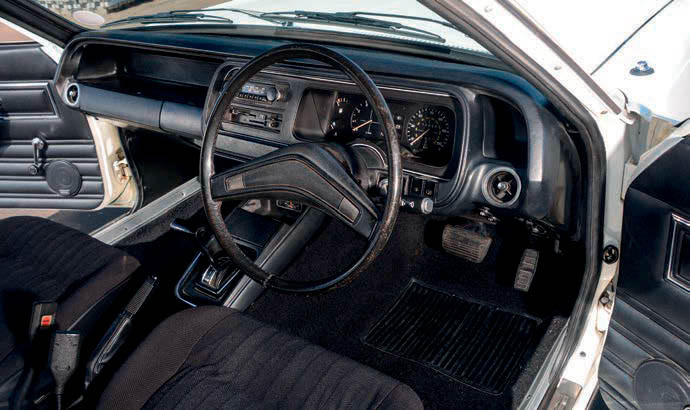 Never one to turn his back on an older Ford, Trevor continued to ensure he still had a classic to sit alongside one of his Mondeo daily drivers. “I bought a Mk3 Cortina GXL, that was one car I still regret selling,” he explains, “I sold it to purchase a Mk2 Capri 1600 automatic and that was soon replaced by a Mk1 Capri with just 50,000 on the clock.” Although Trevor couldn’t fault the Mk1 Capri, his desire to move on to the next car ended up being not the wisest move. “I’d seen a Mk1 Granada Coupe imported from South Africa,” Trevor recalls, “it was in metallic Copper Bronze, seemingly identical to another car that belonged to a friend of mine.” Unfortunately, the similarity between those two Granada coupes ended there as the condition of the South African car was far from the standard Trevor had been expecting. “It was my own fault as I never looked at the car in person and it was nowhere near as good as had been described,” Trevor tells us. 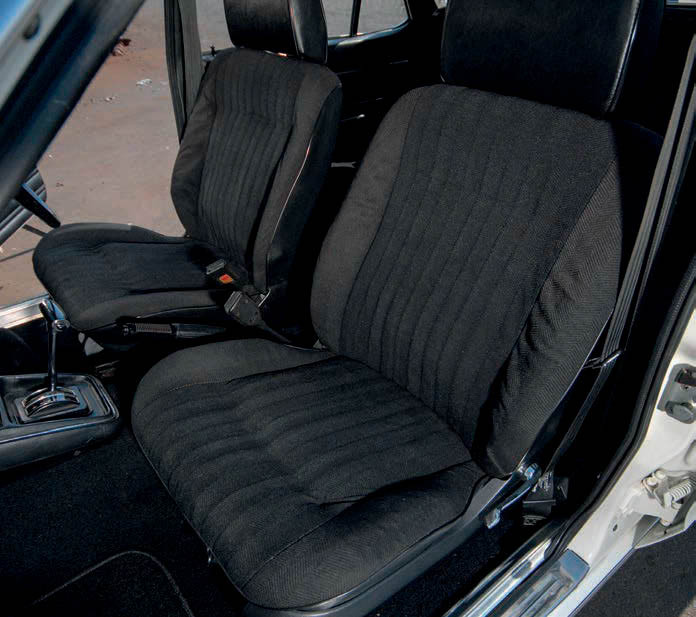 “I’d already part exchanged my beloved Capri and suddenly felt like crying!” This would turn out to be an expensive mistake, but Trevor soon cheered himself up, purchasing a low-mileage Mk4 Cortina and an immaculate 1966 Taunus, originally owned by the German Fire Brigade.

All these make for an impressive and varied collection for any Ford fan, the only real fly in the ointment having been that disappointing Mk1 Granada Coupe. “It didn’t put me off for too long, despite having my fingers burnt,” Trevor smiles, “and I soon started looking for another Mk1 — I just needed to be more careful this time!” He was soon to spot a classified ad which contained not one, but four Mk1 Granadas. “They were offered by a TV and film hire company and included two saloons, a coupe and an estate,” Trevor explains. “They weren’t cheap, but the saloons sold fairly quickly, soon followed by the coupe.” Meanwhile, the remaining estate continued to linger unsold, Trevor making an offer which was subsequently refused. “I hadn’t considered an estate before, but the rarity of this model held a certain attraction,” Trevor continues, “and as estates go, it’s a great looking car!” A few months passed along with numerous counteroffers and Trevor’s patience and persistence finally paid off. “We settled on an agreed price and the car was delivered to my home address shortly after.”

Trevor was not to be disappointed this time around, this Mk1 was in impeccable condition and far better than he’d ever imagined. First registered on January 17, 1977, it was sold by Bedfordshire-based John R Ford & Sons to a Mr Raymond Barber at the cost of £4510.77. Now, the name Raymond Barber will be familiar to long term members of the Granada Mk1 & Mk2 Drivers’ Guild (www.ford-granadaguild. org.uk) as he played a significant role within the club. “I discovered all four of the cars offered by the TV company had been previously owned and cherished by Raymond,” Trevor continues. “He was a clever engineer, a true enthusiast and highly knowledgeable when it came to anything regarding Granadas.”

This certainly explains why this particular example had arrived in such a flawless condition, though for the first 20 years of its life, Raymond had driven the car on a daily basis. “He made good use of the estate’s load space, carrying and moving anything required,” Trevor tells us, “then in 1997 he decided to retire the car from its daily duties.” Although Mk2 Granadas were still a common sight on our roads in the late 1990s, the earlier Mk1s were already becoming quite scarce. Luckily, Raymond had the foresight to begin a full restoration of his Diamond White estate at a time when parts were still relatively easy to obtain.

The two-year bare metal restoration took Raymond two years to complete. “The paintwork has been done to such a high standard, it could have been resprayed yesterday,” Trevor smiles, “the underside and chassis is solid, there are no oil leaks and its totally blemish-free.” In fact, the only job Trevor has found necessary since buying this car is having the brake master cylinder resleeved due to an unfortunate leak.

“Bury St Edmunds-based Past Parts (01284 750729, pastparts.co.uk) came to the rescue and I had the inner wing resprayed where the brake fluid had damaged the paintwork,” Trevor adds. “I’ve also replaced the Ghia wheels that arrived on the car with a restored set of the correct steel wheels along with whitewall tyres.”

The black velour seats and plastic dash remain totally unmarked too; it really is like stepping back in time once you’re inside this Mk1. The headlining and carpets appear factory fresh while the sunroof, rear window demister and original Ford radio continue to work just as intended. Unsurprisingly, Trevor’s rare Mk1 estate always receives admiration wherever it goes, though he’s often quick to point out the credit for its condition is all thanks to the talent and foresight of Raymond Barber. Thanks to Artie Lofts.

Raymond’s fastidious approach to his cars meant he wouldn’t be cutting any corners and a full two-year nut-and-bolt restoration of the estate commenced in 1997. This included a full bare metal respray in Diamond White, the only replacement panel required being a new-old stock nearside wing. “Whoever replaced the vinyl roof did a great job as even today there’s not a mark on it,” Trevor smiles, “he’d also fitted a stainless-steel exhaust, too.” The 3-litre V6 was treated to a full stripdown and detailed with a polished air filter and rocker covers. “You could still eat your lunch off the engine bay, it’s that clean,” Trevor tells us. This is a restoration project that has certainly stood the test of time!

Despite being used as Ford intended, the Mk1’s load area remains in great shape.Essex V6 remains immaculate.With the Estate now wearing its correct steel wheels, the loadlugger is looking better than ever.

After a false start, Trevor now has the Mk1 Granada he always wanted.

Whitewall tyres are a great touch.